How to Grow Summer Savory in an Organic Herb Garden 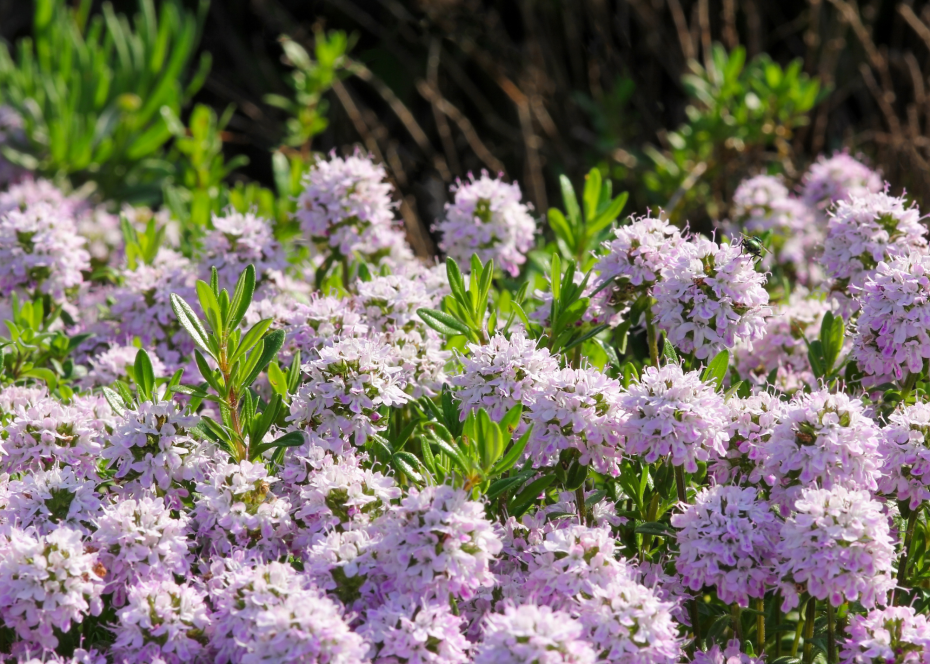 What Is Summer Savory?

Summer savory (Satureja hortensis) is an annual herb that attracts beneficial pollinators like birds, bees, and butterflies to the garden. This mint family member is native to the sunny slopes of the Mediterranean regions and has been grown for centuries not only for its fragrant blooms but its intense taste and health benefits.

In the taste department, summer savory is described as having a spicy aroma with a strong peppery flavor along with a touch of sweetness. Summer savory is usually added to mild dishes in order to give them a kick up in the flavor department! The intensity of this herb can be described as “savory”! (No pun intended! It actually means spicy or salty and not a sweet flavor.) 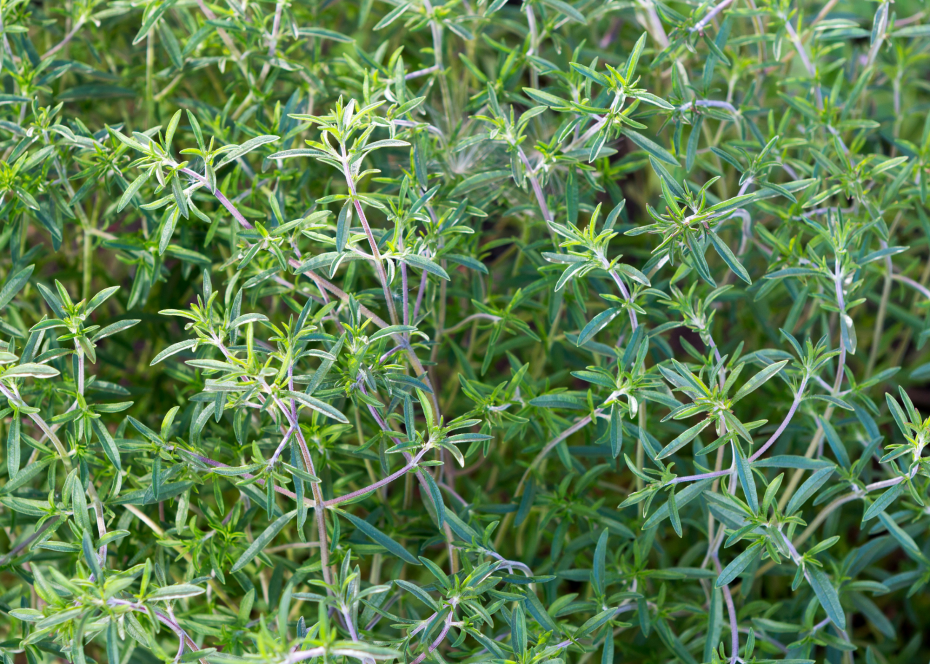 Summer savory and winter savory share the commonalities of both being members of the same family, being native to the same Mediterranean region, and being great substitutes for each other. However, there are some very significant differences, mainly in their duration in the garden, appearance, and flavor.

The plants themselves differ in that summer savory is an annual while winter savory is a perennial. Summer savory only lives for one season. It germinates from seed, then it blossoms, and then it sets its seeds before it dies back. Winter savory, on the other hand, is a perennial. Perennial plants do die back at the end of the growing season, but they produce new growth in the spring. Annuals last one growing season while perennials live year after year. 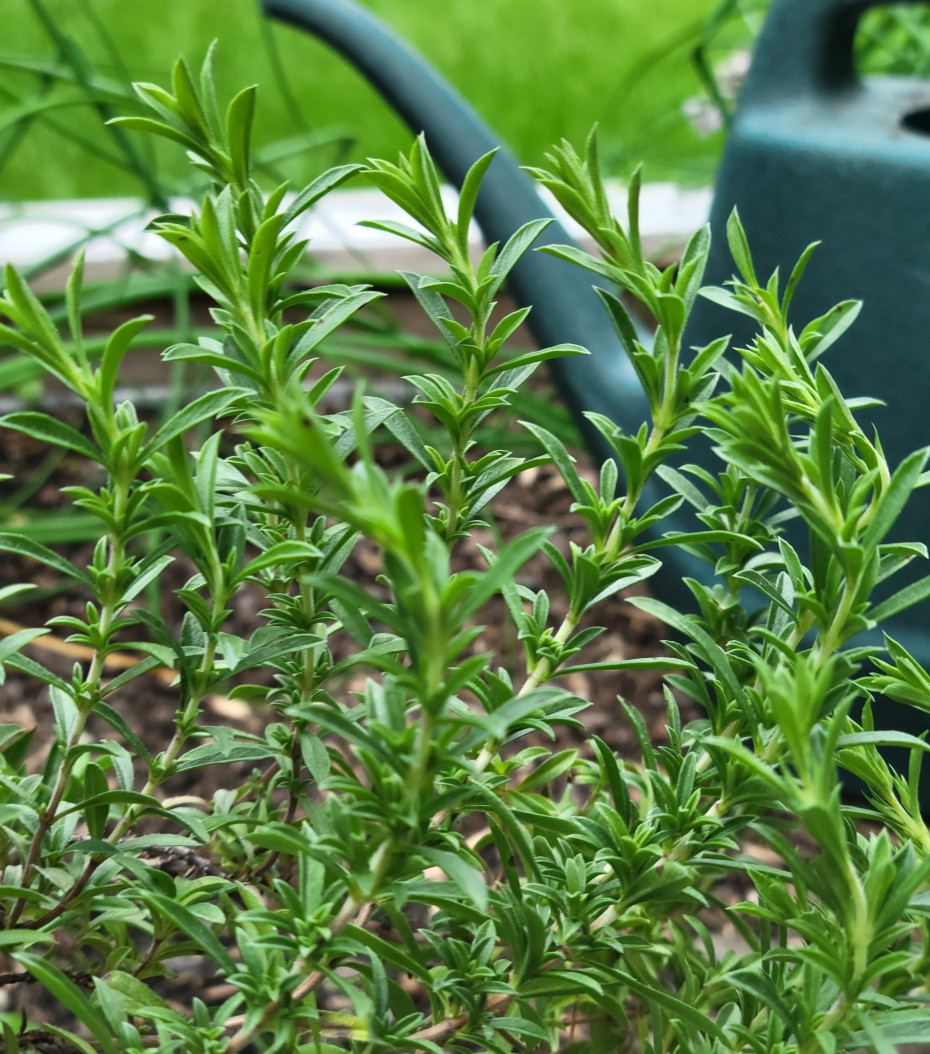 I find it fascinating how many cultures across the globe use summer savory in their culinary and remedy traditions. Below are a few examples of how summer savory is used:

Throughout history, summer savory has been used as a traditional remedy around the world for many health concerns. It was used to alleviate digestive complaints, infections, sore throats, and pain. In ancient Rome, it was believed that this aromatic herb was a natural aphrodisiac, which explains why it was used to make love potions. Its reputation was so powerful that European monasteries forbid the growth of the plant for fear the monks would fall under its spell!

In modern times, summer savory’s astringent and antiseptic properties have been used in facial steams or baths for oily skin and as an antiseptic gargle. In addition, it can be found in teas, tinctures, and oils. 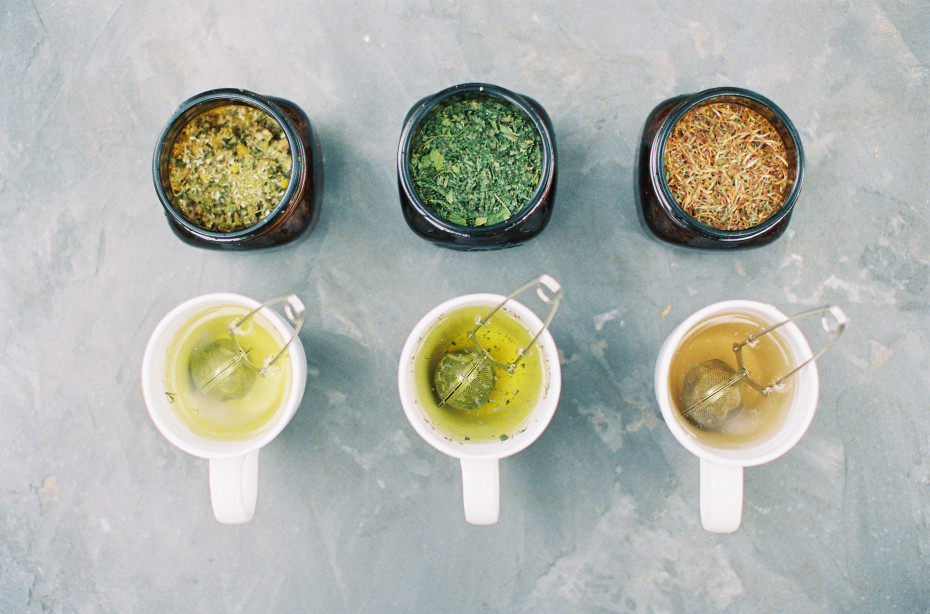 Located in the Kansas City area, Kitchen Garden Expert is a pioneer in offering gardening services that focus on design, coaching, and maintenance. They're inspiring the garden life one organic herb plant at a time!

How to Plant Summer Savory Herb

You rarely see fresh summer savory at a farmers' market, much less a grocery store. The best way to have it available is to grow it yourself. Summer savory is an annual that is not only a very fast-growing plant, but it is super easy to grow. Summer savory can reach heights of about 12 to 18 inches and span up to 30 inches wide. It thrives in full sun (6 to 8 hours of direct sunlight) and in rich, moist, well-drained soil. When planting, you can either direct sow summer savory seeds or you can plant seedlings.

Summer savory seeds can be started indoors approximately 6 to 8 weeks before the last frost date. Transplanting the seedlings can happen after they have two sets of true leaves, the danger of frost has passed, and outdoor temperatures have risen to at least 50 degrees Fahrenheit. Space seedlings 2 feet apart and keep the soil moist but not waterlogged.

Summer savory seeds can be directly sown after the danger of frost has passed. Plant seeds 3 to 5 inches apart and about 1/8 of an inch deep. 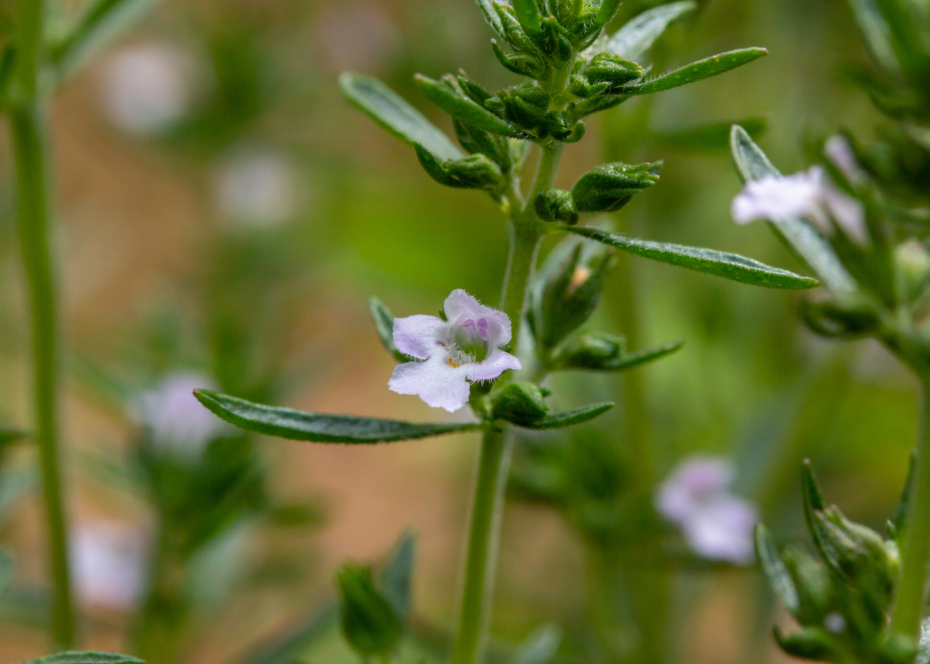 Can you grow summer savory from cuttings?

Yes, you can grow your summer savory from cuttings! This is a great growing option if you want to continue growing your plant indoors for the winter season. Choose a cutting between four and five inches long and make sure that all the leaves have been removed from the bottom half of the stem. Place the cutting in a glass of water and wait for new roots to form. Once the roots are about 2 inches long, you can plant them into containers. Make sure your soil is loamy and drains well.

What are good companion plants for summer savory?

Master the art of growing your own organic herbs

Based on Gardenary's introductory gardening online course, Herb Garden Guide, this comprehensive guidebook will lead you through the step by step so that you know exactly how to grow all the culinary herbs you love right in your very own space.

How to Care for Summer Savory Plant

Summer savory is a low-maintenance plant. It is perfectly happy with minimal fertilizer, full sun, well-drained and moist soil, and regular pruning. It will grow into a mound-like formation reaching about a foot to a foot and a half in height. To keep summer savory growing and healthy, multiple plants will need to be spaced out about 2 feet apart. Keep each plant's height in check by cutting the stems, and continual harvesting of the aromatic leaves will encourage continual new growth.

Should you let summer savory flower?

Whether or not to let your summer savory flower depends on what you plan to do with it. If you prevent this herb from flowering, you will prolong the time you can harvest aromatic and intensely flavored leaves that can be used in a variety of recipes. On the other hand, if you let summer savory flower, you'll have a beautiful plant that will attract beneficial pollinators to your garden.

In addition to their beauty as edible decorations, summer savory flowers can be used in salads and a variety of dishes, such as this aromatic flower butter, which combines summer savory with other blooms like nasturtium, borage, and sage.

It's time to ditch those overpriced plastic containers of herbs from the grocery store. Join Gardenary 365 today to unlock our popular online gardening courses, Herb Garden Guide & Year-Round Herb Harvests. We'll teach you how to set up your own herb garden & grow enough for a 12-month supply of fresh & dried herbs.

How to Harvest and Store Summer Savory Herb

You can start harvesting your summer savory at different stages of plant growth. Snipping off the leaves when the plant reaches about five inches in height or cutting off the tops when buds are just beginning to form will provide fresh aromatic leaves. At the end of the summer, the plant's edible stems become woodier and more wiry. This is the best time to cut the stems for drying.

There are several options for storing summer savory. For a temporary option, you can store summer savory stems in a resealable bag in the crisper drawer of your refrigerator. They usually last a few weeks.

One of the easiest ways for long-term storage of summer savory is to dry it. This can be done using a food dehydrator, drying it in the oven, or doing it the old-fashioned way: tying the sprigs together and hanging them upside down in an area with moving air.

How to dry summer savory in the oven

Here are the steps to drying summer savory in the oven. 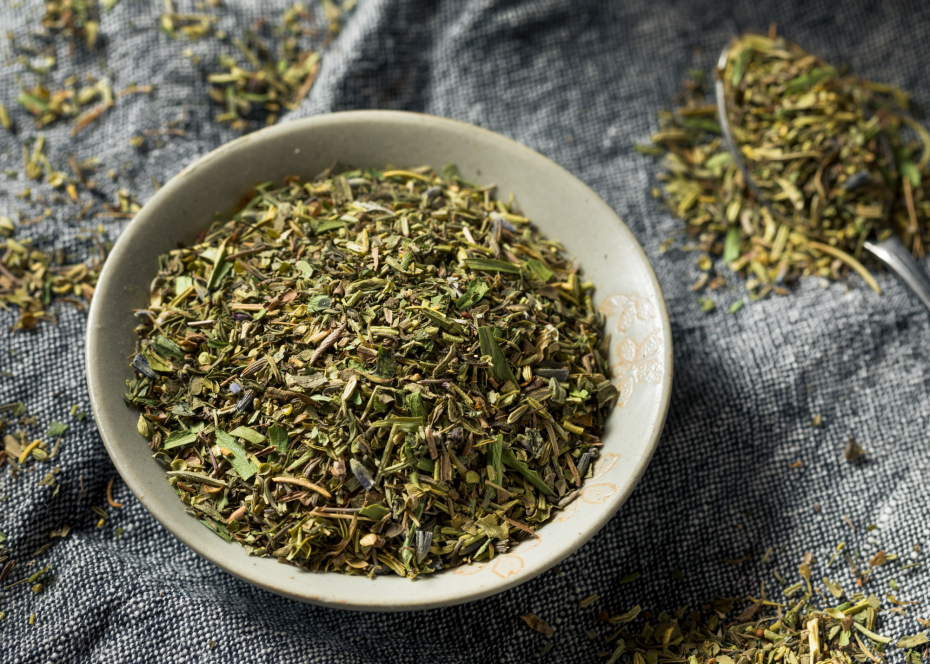 I have to admit, I’m a foodie! One of my favorite spice blends that contains summer savory is herbes de Provence!

Combine and store in airtight jar. (If you'd like a finer mix, you can grind it up in a food processor.)

This blend can be used on fish or meat before baking or grilling. Grind into a fine powder and sprinkle on popcorn! 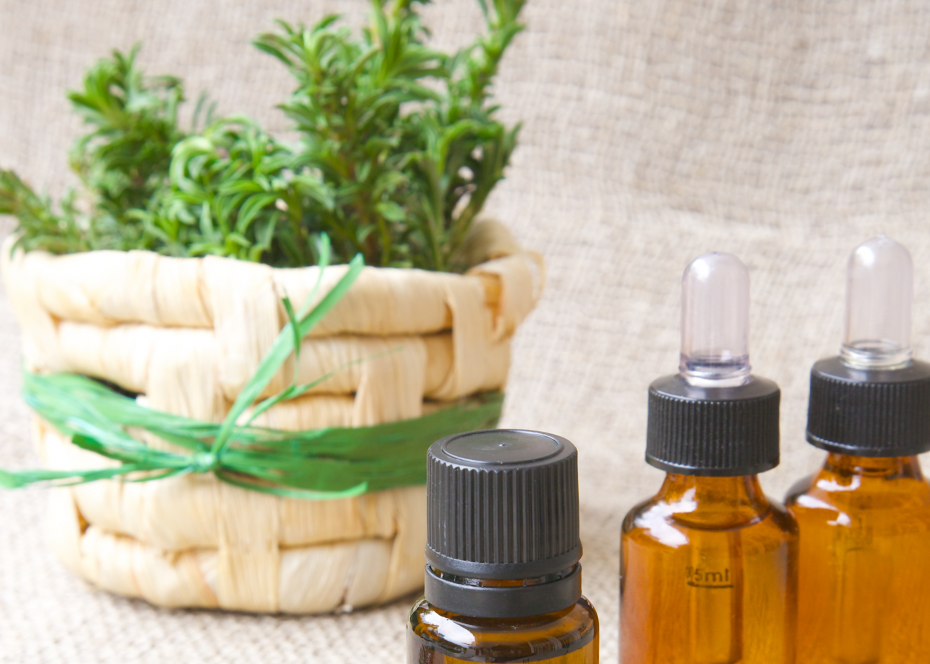 I love the fact that we have access to all kinds of essential oils, and I'm a big fan of diffusing different blends! Here are a few essential oil diffuser recipes using summer savory.

Located in the Kansas City area, Kitchen Garden Expert is a pioneer in offering gardening services that focus on design, coaching, and maintenance. They're inspiring the garden life one organic herb plant at a time!

Dr. Laura is a Gardenary-certified garden coach with a background in naturopathy and over 40 years of gardening experience.

Her love of gardening started as a child, when she and her mother would garden together and she'd experience the rush of excitement that comes with picking that first cucumber for making pickles. She's passionate about using her garden experience now to teach others about growing their own food and how gardening can impact their personal health.

Her business, Kitchen Garden Expert, helps gardeners in the Kansas City area experience the joy of growing their favorite herbs, fruits, and vegetables in an organic and sustainable kitchen garden.

Thanks to Dr. Laura for providing a picture of her winter savory plant. 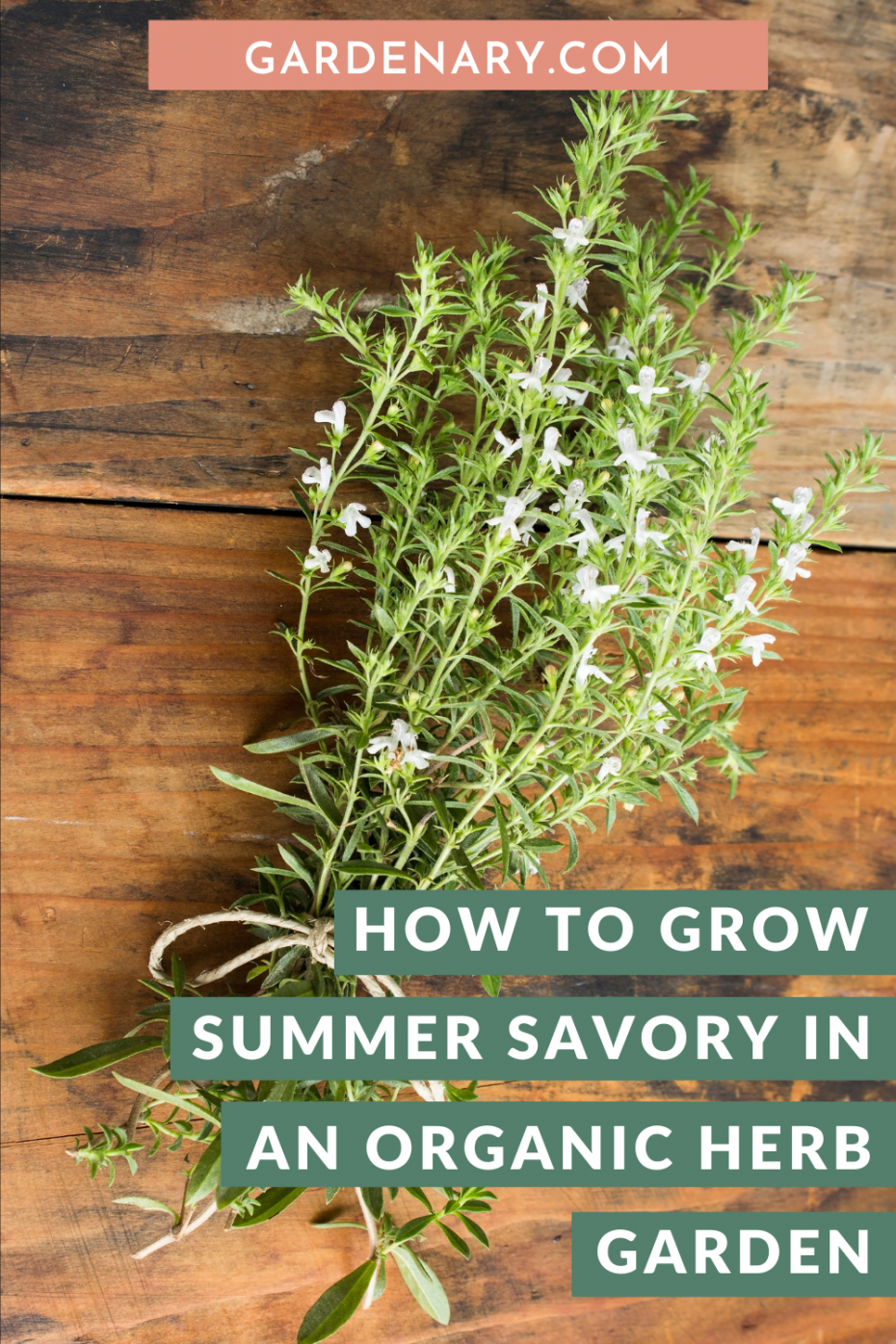 I love to help, support, and inspire others in learning how to successfully grow their own healthy and organic food.