Where Do Radish Seeds Come From? 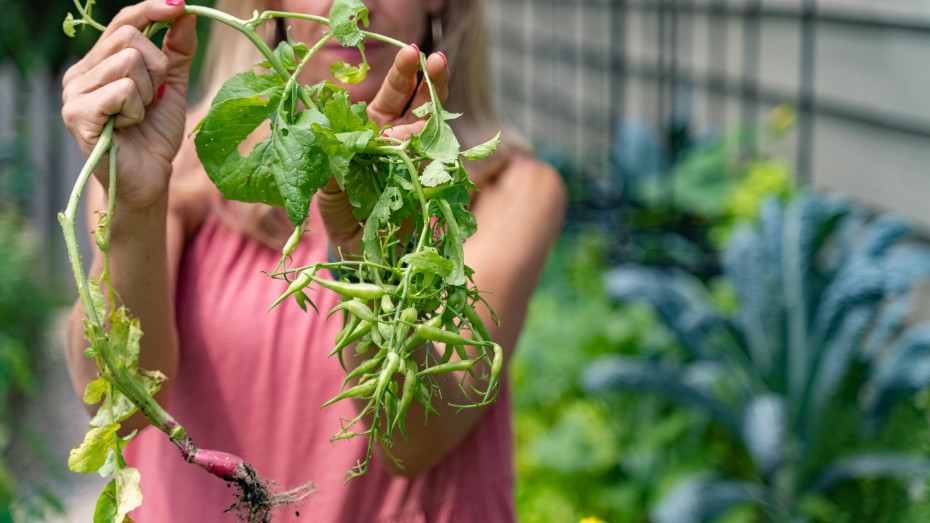 Growing Radish from Seed to Harvest... and Back to Seed

You can learn a lot about plants by letting them complete their entire life cycle in your garden instead of harvesting them as you normally would. Leave a couple of radish plants in your garden past the optimal window to pull them, and I promise you won't be disappointed. You'll have to sacrifice a couple of crispy radish roots (since seeds only form once the root is no longer edible), but you'll know a bit more about these fast-growing plants.

Plus, you'll have tons of free radish seeds for next year. 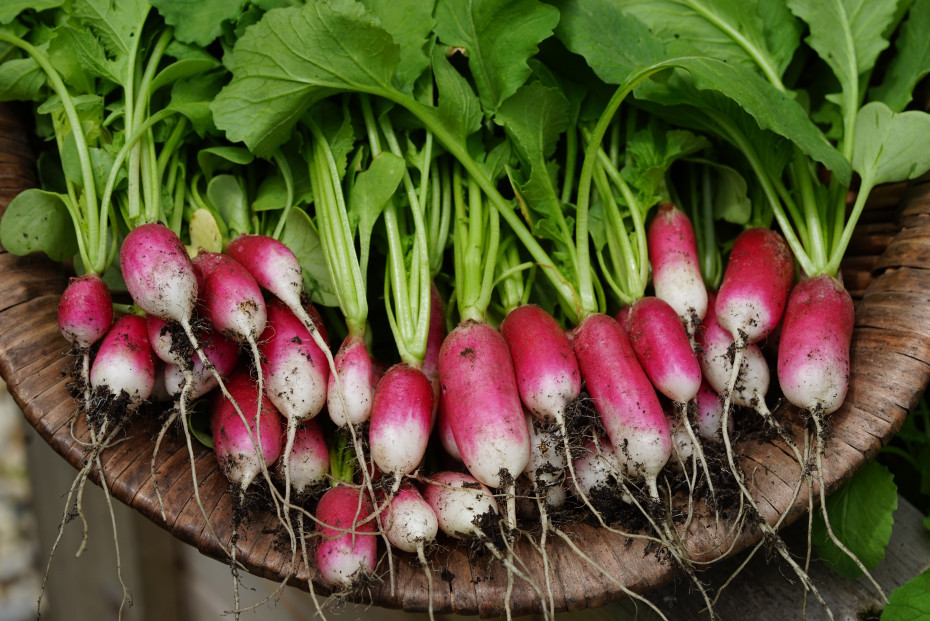 Where do radish seeds form?

Radishes love cool weather and shorter days, which is why they're best grown in the early spring and fall when temperatures typically range between 50 and 65 degrees Fahrenheit. Radishes will start to bolt as soon as the temperatures get too hot (over 80 or so degrees) and the days too long. Bolting simply means the plant is focused on producing seeds for the future.

When a radish bolts, it forms pretty little purple and white flowers, and the root becomes starchy and bitter to the taste. In the picture above, you can see how the plant has stopped sending its energy to the bulb once it starts to focus on seed production.

You might think it’s these flowers that produce the radish seeds… and for many plants, you'd be right. That's not the case, however, with radishes.

Radishes are part of the Brassica family, and members of this family typically form seeds along the plant stems instead. The plant forms green bean-like seed pods that the radish seeds will grow inside, nice and safe. These radish seed pods are actually 100 percent edible while they're green and have the same peppery flavor and crisp texture of a radish picked at the optimal time. 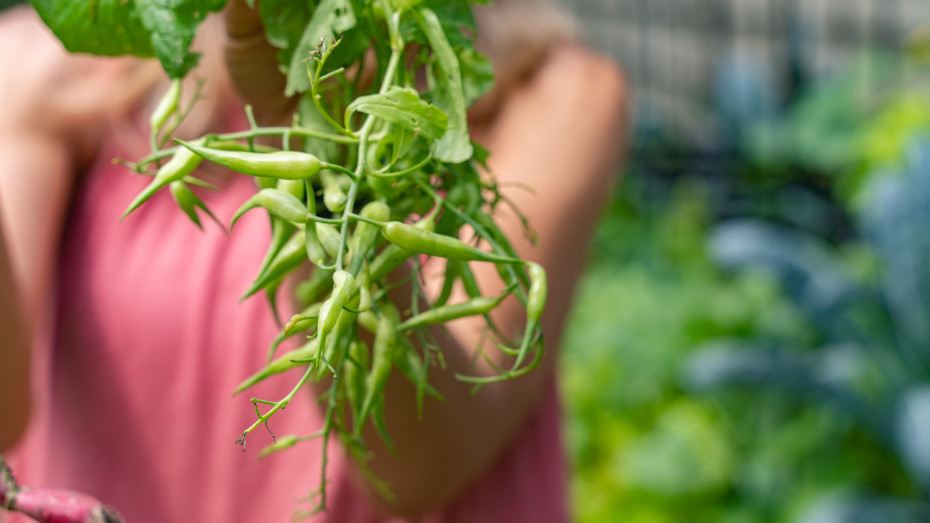 Radish seeds are rounded and kind of a grayish light brown. They look like tiny pebbles. You can expect to find at least five to seven radish seeds growing inside each radish seed pod.

In my garden, my plants will produce around 60 pods. That means, by a conservative estimate, each radish plant produces about 300 seeds. If that doesn't show you how motivated plants are to keep their species alive, I don’t know what will!

How do you harvest radish seeds?

Before you can harvest seeds from a plant, let the seed pod dry completely out. You'll know it's time when the pod is brown and, if shaken, makes a rattling sound. If you were to leave these pods much longer, they would split open on their own and drop the seeds—and then you'd have volunteer radish plants during your next cool season!

Use a pair of pruners to cut the seed pods from the plant. Use a bowl, a small bucket, or a harvest basket to collect the pods.

Spread your seeds out on a flat surface indoors and let them air dry for a full week. You want to remove all moisture before you store them to prevent mold.

Learn the step by step to plant, set up, and grow your own organic salad garden and enjoy fresh greens at least six months each year.

How to Save Radish Seeds

Once your seeds are completely dry, store them in a paper bag or small envelope. Label the outside with the variety of radish and the date you collected the seeds.

How long do radish seeds last?

Radish seeds can last about five to six years if stored properly in a cool, dark, and dry location. I recommend planting this batch of seeds during your next cool season and then repeating the process of letting a couple of plants go to seed so that you can save a fresh round for next time.

If you're interested in learning more about radishes, here are five tips for growing perfect French breakfast radishes.

Seed production is such a fascinating thing to watch in the garden. If you’re upset that a plant has unexpectedly bolted and is no longer sending energy to the part you want to eat, at least you can learn more about its life cycle and end up with some seeds for next year! You can even exchange seeds of different varieties with friends to expand your culinary delights.

The garden always gives you something, even if it’s not the thing you originally wanted. That’s it for deep life lessons from Nicole for today, my friends. I’m off to plant something!

LOOKING FOR MORE TIPS AND TRICKS TO GROW YOUR OWN EDIBLE GARDEN?

With Gardenary 365, you'll have access to the complete Gardenary online course library, including Salad Garden School, Kitchen Garden Academy, and lessons on microgreens, cut flowers, seed starting indoors, and more. There's no other place to grow your self on the internet like this. 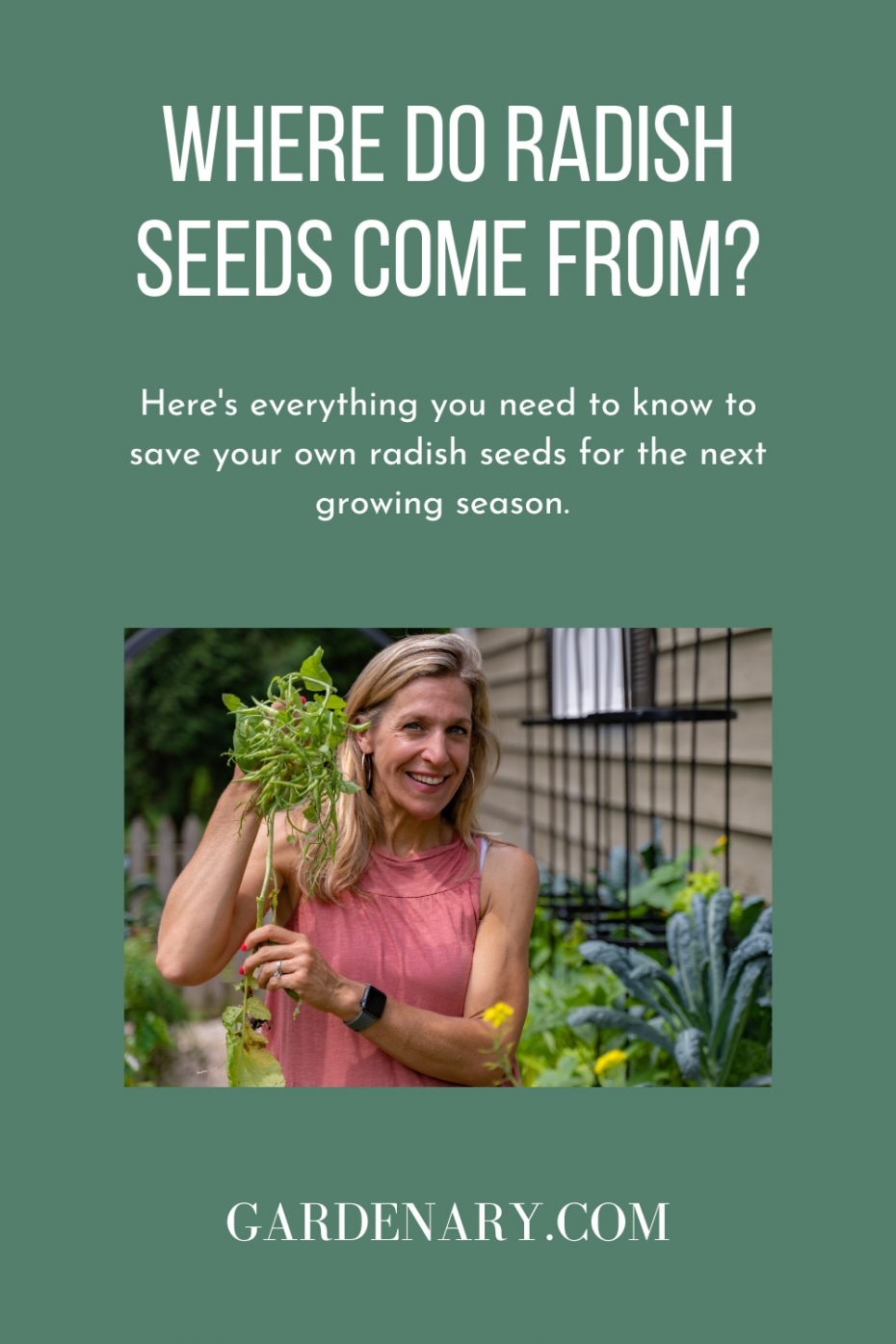