Read This and Then Get Your Kids in the Garden

Ever wonder if kids who help their parents in the garden eat more veggies?

Of course they do. Especially if you tell them not to touch the veggies. (Kids are rebels that way.)

Just think about it: babies crawl and stick every.single.thing. in their mouth, like sticks and Legos and carpet fuzz. But try and put a spoon of carrots to their lips and no way—they're not having it.

It's not about taste or nutrition here, it's all about control.

Kids are explorers by nature, so naturally they're much more inclined to try something that they've gotten to hunt or discover on their own. And the kitchen garden is the perfect place for that to happen. 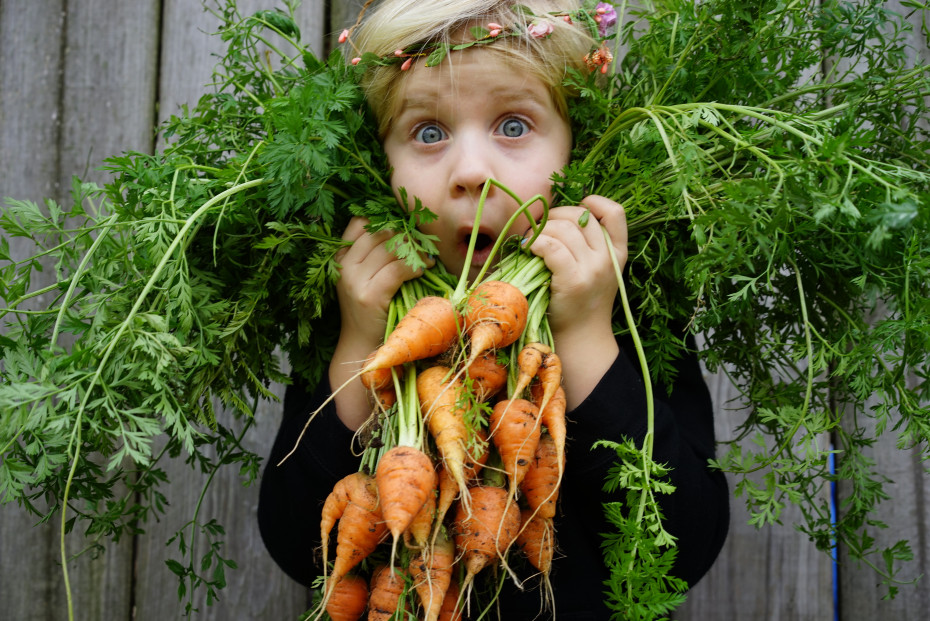 But the garden does more than just help kids raise some veggies to their lips.

Kitchen gardens help kids learn about the natural process of seed's growth (beyond the bean in a paper towel experiment in preschool).

Kitchen gardens give kids time and space to watch what happens when they nurture something (instead of tearing it to pieces).

Kitchen gardens keep kids outside longer, which means a little more Vitamin D, a little more time to wonder, and a little less 'Mom, can I watch Youtube?' 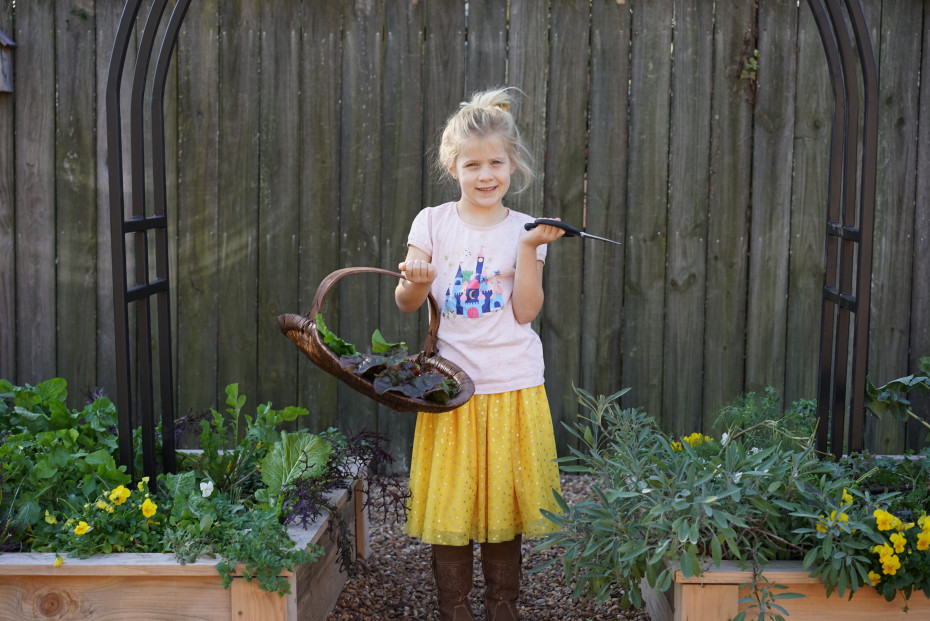 Kids are explorers by nature, so naturally, they're much more inclined to try something that they've gotten to hunt or discover on their own. And the kitchen garden is the perfect place for that to happen.

Ready to start gardening with your kids?

Don't dig in until you read our three tips for growing with kids, written together by Nicole Burke, who's grown alongside her four primary- and middle-school-aged children, and Annie Chubbuck, owner of Seed and Vine, who's growing alongside two preschool children of her own. 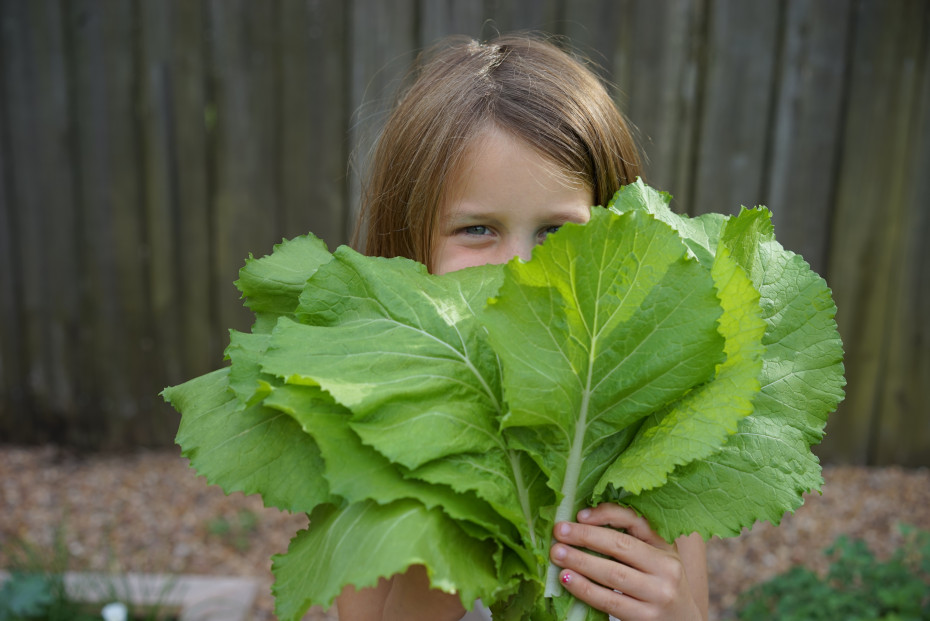 One: let them lead

Resist the urge to take over. For all the control freaks and helicopter parents, this one is going to take some restraint. (Ask us how we know.)

One way to be certain to keep your kids away from the garden is to insist on being in charge. Of course, we all want our gardens to look as pretty and perfect as possible, but the more kids are able to take control of the process, the more pride and interest they'll feel as things start to grow and produce.

If you just can't handle them digging through your beautiful planting plan, consider roping off a section of your kitchen garden and then giving them full reign over a particular spot in the garden. Alternatively, you could given them containers that they can care for on their own.

We'll say it again for the people in the back...

Resist the urge to take over. 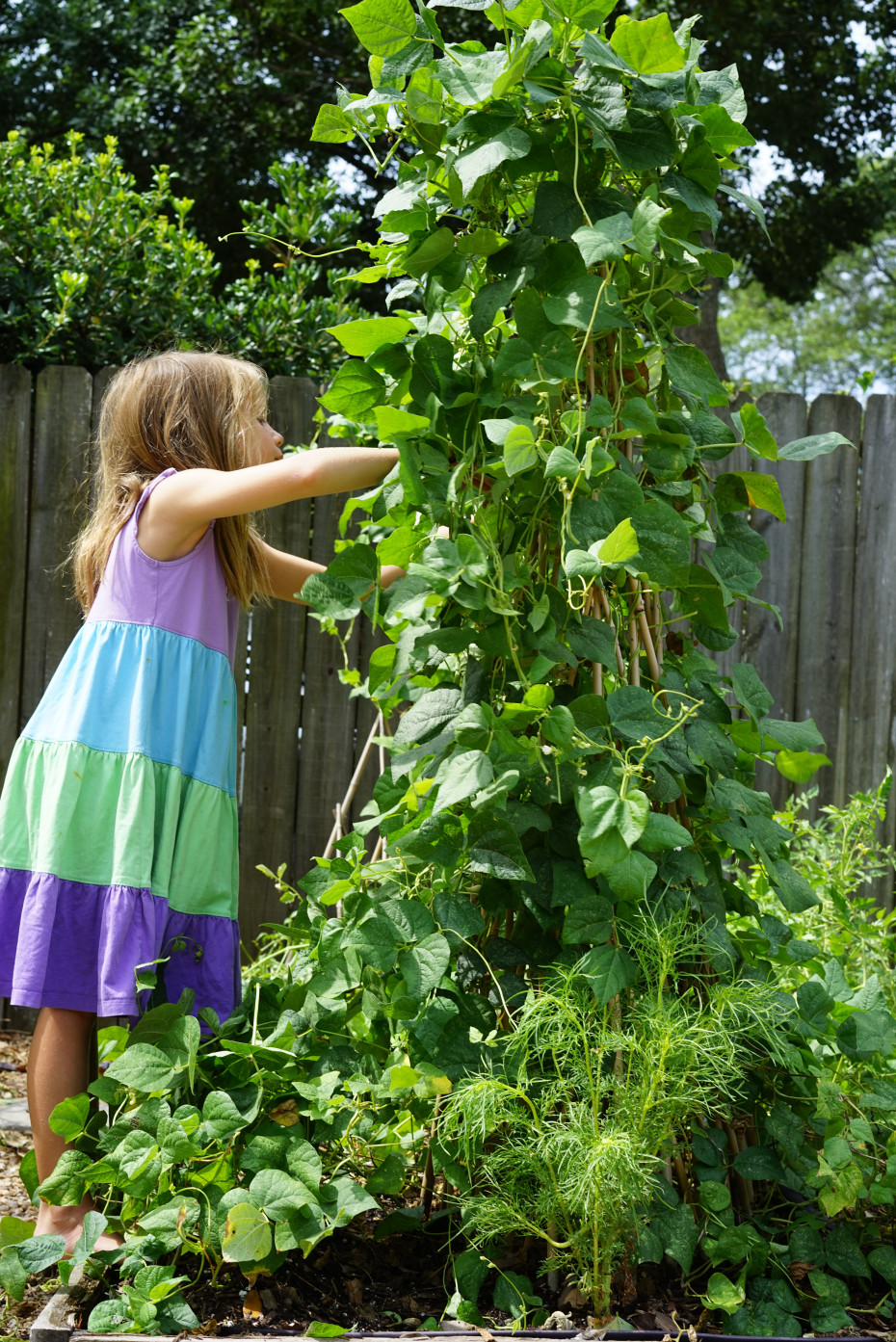 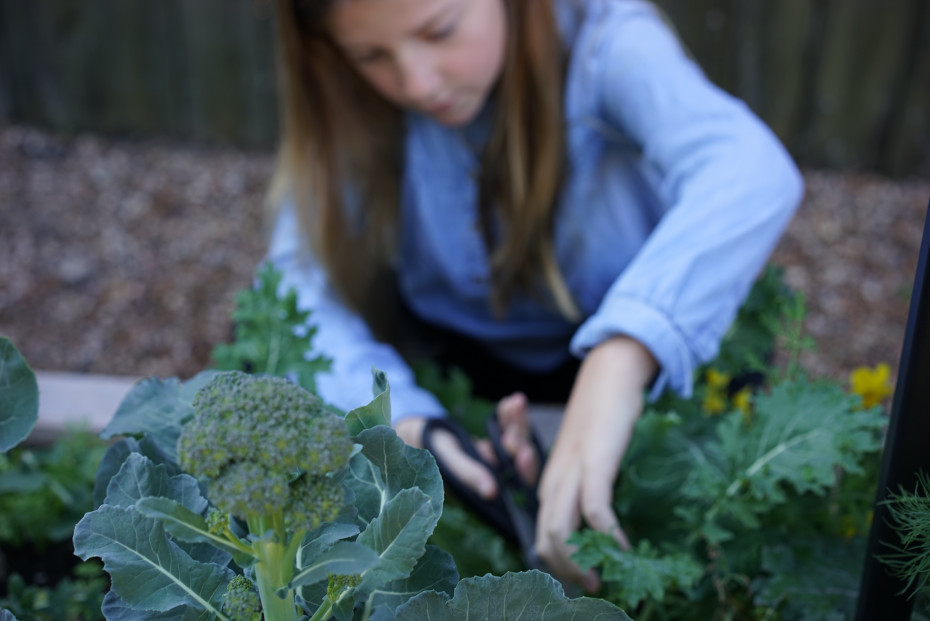 Two: give them jobs to do

If putting your kid in charge of your beautiful garden seems like a recipe for disaster, consider giving them specific jobs to do.

We all know it's much easier to say 'yes' than to say 'no' as a parent. So instead of telling them what they 'can't touch' in the space, walk them through and tell them what they can do.

For toddlers: hand them a light watering can and show them how to water the roots, not the leaves.

For preschoolers: put them on bug patrol, sending them out each day with a magnifying glass to hunt for caterpillars, stink bugs, and beetles.

For young elementary kids: put them in charge of planting big seeds like peas, beans, and squash.

For older elementary kids: let them make the planting plan and stake out the garden for the new season.

For middle school kids: put them in charge of documentation—creating videos, time lapses, and before-and-afters of all the garden magic happening.

For high school kids: let them design a new garden space and buy the materials to build and create it, or put them in charge of a few particular crops. 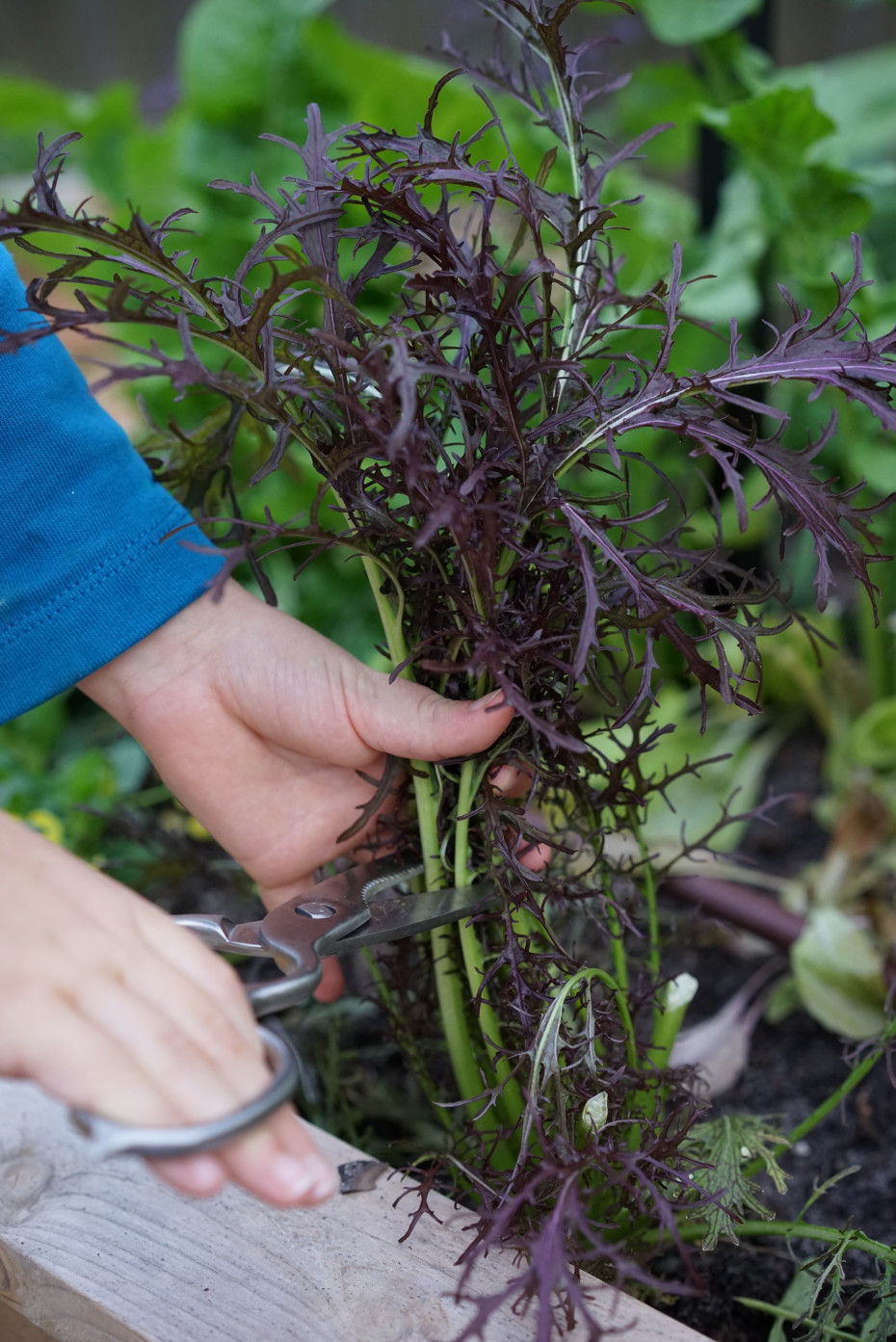 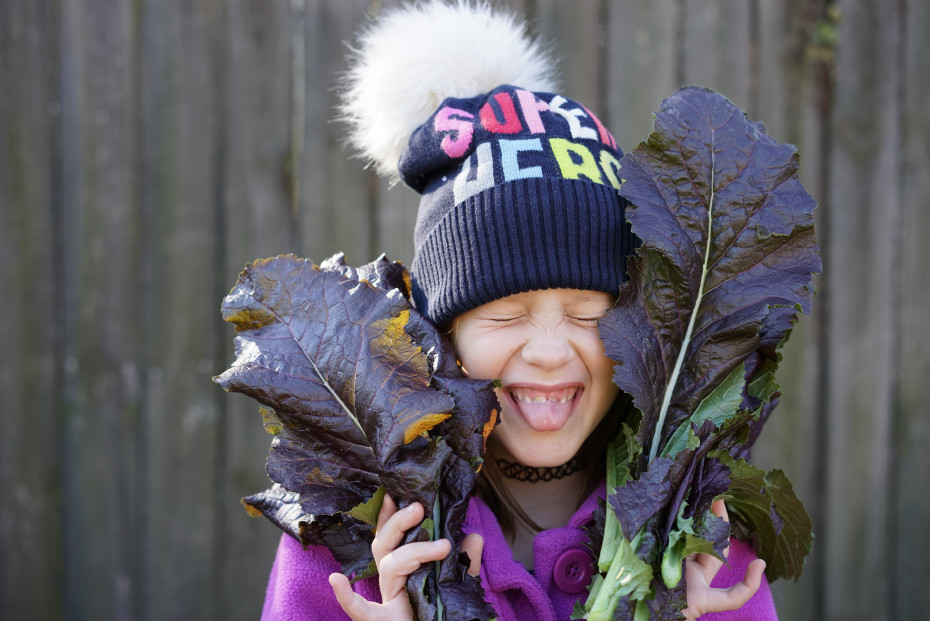 Three: grow alongside them

There are so many aspects of your kids' lives that are based on performance and competition. School is about grades and achievement, sports can quickly become about winning and losing, and even home can feel like a list of rules and chores. But the garden can be an escape from all of that—the one place you can connect with your kids and watch the wonder of nature happen together.

The garden is a place to let go of the rules, the competition, and performance, and just grow alongside one another.

This truly is the magic of gardening with kids—finally having a space to leave the challenges of everyday life behind and enjoy a moment of wonder together. Sounds impossible, but it really does happen in a garden. 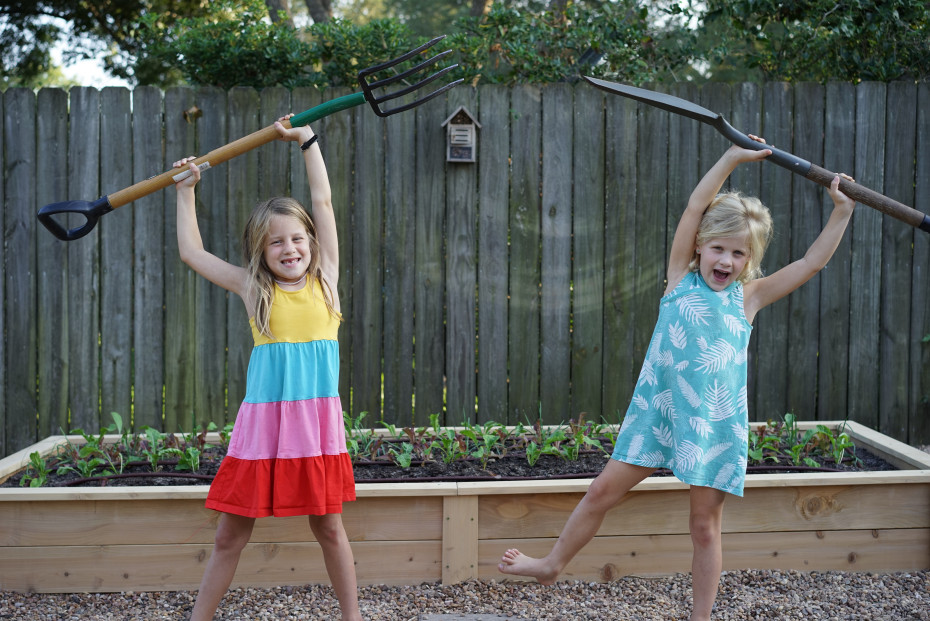 Word to the wise:

Gardening with kids can be a little wild. And like any parenting venture, it takes work to make it work. But gardening with kids doesn't have to be perfect in order to be beneficial, and even the smallest activities and experiences add up to make a big difference in your kids' lives. So start small (just like your kids) and grow from there.

Before you know it, you'll look out the window and see your kid doing their own thing out in the garden, snacking on a handful of arugula, munching on a cherry tomato, and taking a selfie with their freshly pulled carrot. And for a brief moment, you'll feel like you're winning at parenting.

At least for a moment. 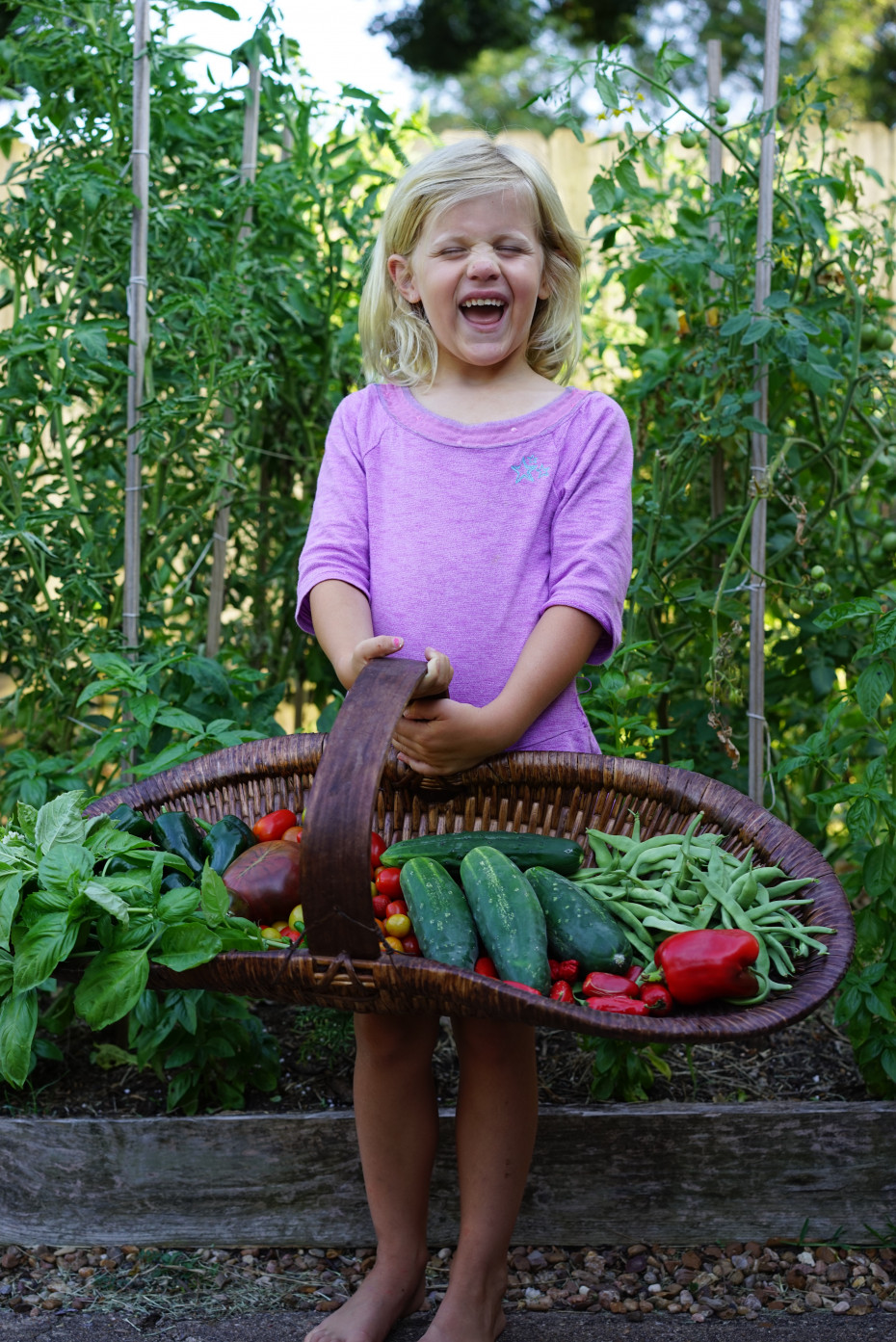