The Benefits of Growing Your Own Arugula 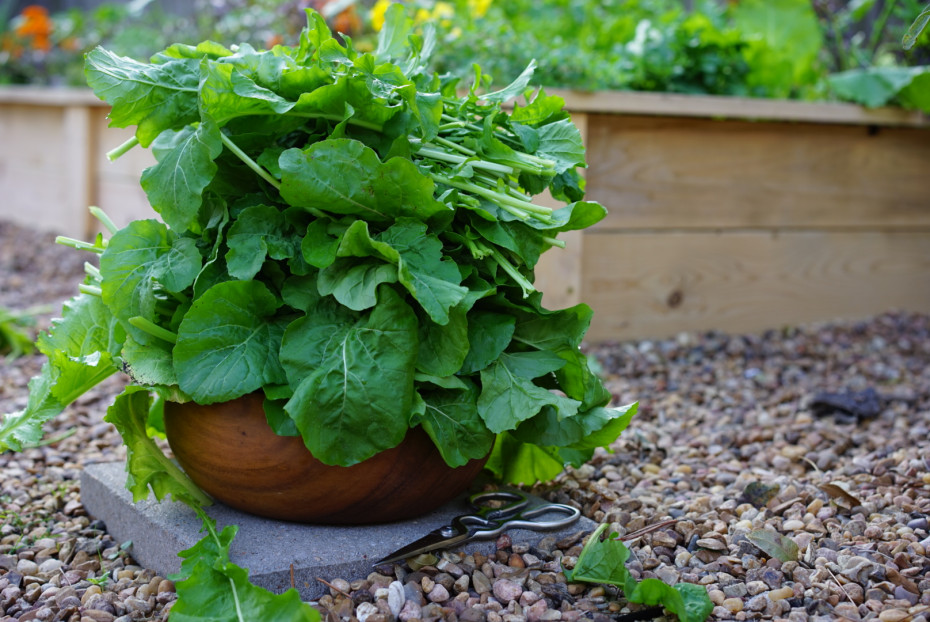 Arugula Is One of the Easiest Plants to Grow

Arugula is one of the first plants I had success growing and remains one of my favorite things to grow in the kitchen garden. It's overall just a fast and easy plant that is sure to give even the most inexperienced of gardeners success.

Here are 15 reasons you should grow your own arugula. 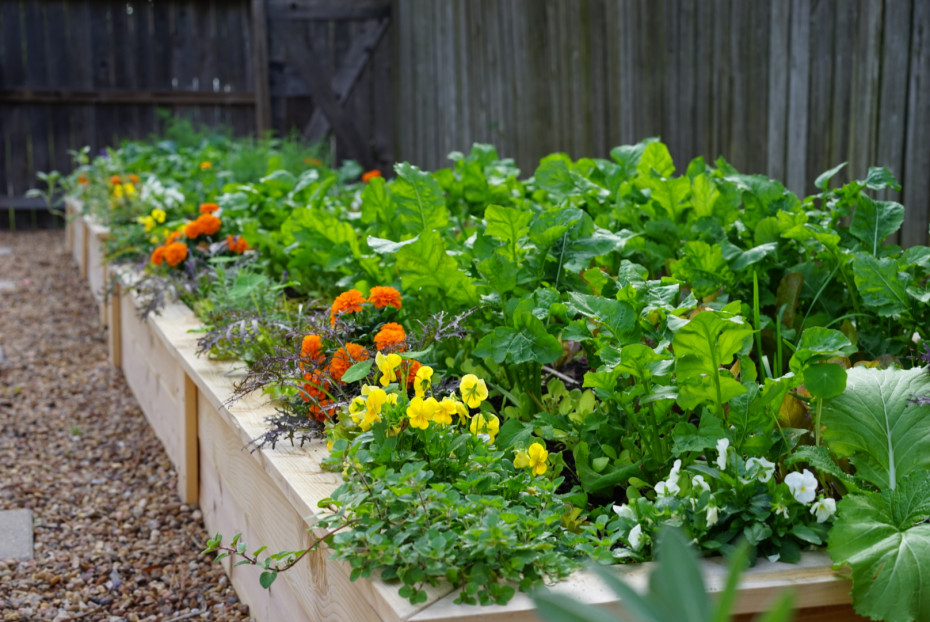 Arugula Has a Long Growing Season

In some parts of the world, arugula's growing season is, well, all year. That's because arugula is not very picky about temperature. It’s way more heat-tolerant than most salad greens, and it can even withstand some frost.

I grew arugula year round in the warm climate of Houston, even during the summers when it was just too hot outside for much else to grow.

Up here in Chicago, I enjoy at least eight months of production.

When to plant arugula

If you look at your seed packet, it will tell you that arugula grows in the cool season. That’s because it’s in the brassica family, and we generally grow all of the brassicas in the cool seasons, when the temperatures are above freezing but below 75 degrees Fahrenheit. That may be the optimal time to grow arugula, but again, you can actually grow this green year round in many places.

If you're somewhere warm, wait until temperatures are at least below 90 degrees to plant your arugula. A mature plant will be able to better withstand higher temps than a seedling. I typically planted arugula in September in Houston so that I could harvest leaves all fall and into the winter. If I planted seeds in June or July, I would put them in the shade under larger plants like tomatillos and peppers.

In colder climates, you can plant arugula as early as February with the use of frost cloth or cold frames to kick your growing season off a little early. Arugula leaves from seeds I plant in early February are among the first things I get to harvest come late March. 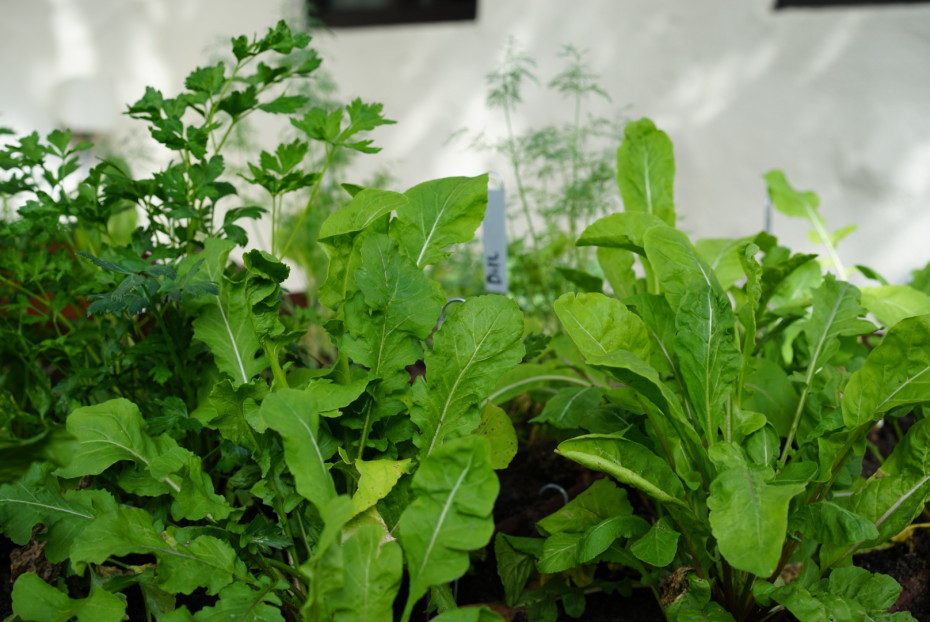 The Leaves of the Arugula Plant Are Believed to Have Some.... Interesting Effects

This leafy green has been around a very long time. It originated in the Mediterranean region along with many of our beloved herbs like basil, rosemary, thyme, and oregano, and researchers believe it was harvested as early as the sixth century BCE.

Markings show that arugula was enjoyed in Ancient Rome and Ancient Egypt. Pliny the Elder, a respected soldier, lawyer, and writer, researched the benefits of arugula and determined that the leaves and seeds of the plant act as both an anesthetizing agent and as an aphrodisiac, a claim that has echoed throughout the ages, even though there's surprisingly little proof. 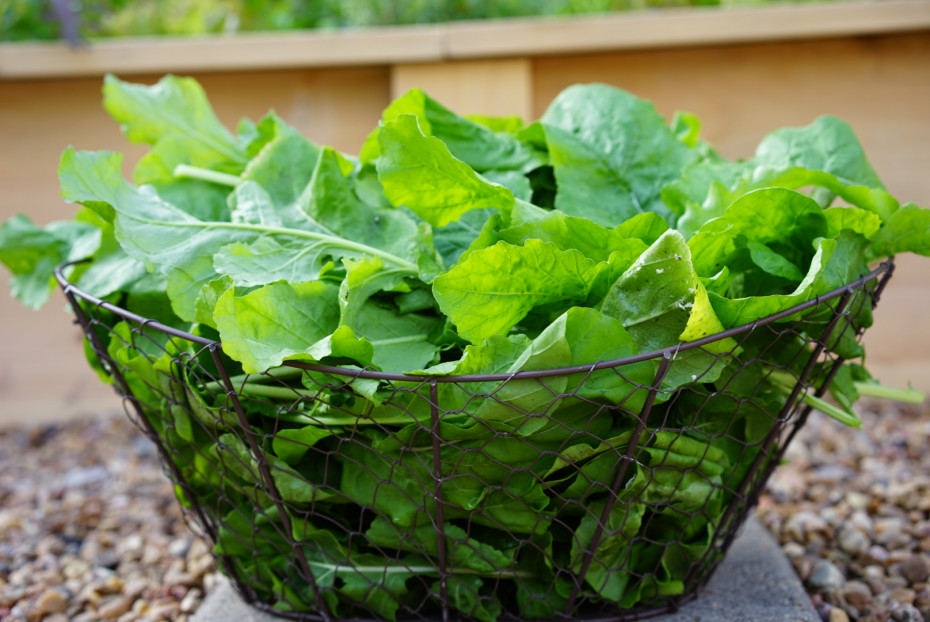 You Can Grow Your Own Arugula Microgreens

Learn how to grow your own arugula microgreens inside your Gardenary 365 membership.

WATCH THE 7-VIDEO SERIES ON MICROGREENS

You Can Harvest Your Own Arugula Seeds

In some parts of the world, people grow arugula not for the leaves, but for the seeds. In India and Pakistan, the seeds of the arugula plant are pressed and used to produce an oil known as taramira or jamba oil, which is used for medicinal and cosmetic purposes.

Production of this oil in areas of low rainfall has become popular thanks to the drought-resistant nature of arugula.

Even if you're not interested in processing the seeds into oil, you can still let your arugula plants go to seed (see the picture of arugula flowers below) and then save the seeds for next year. Who doesn't like free plants? 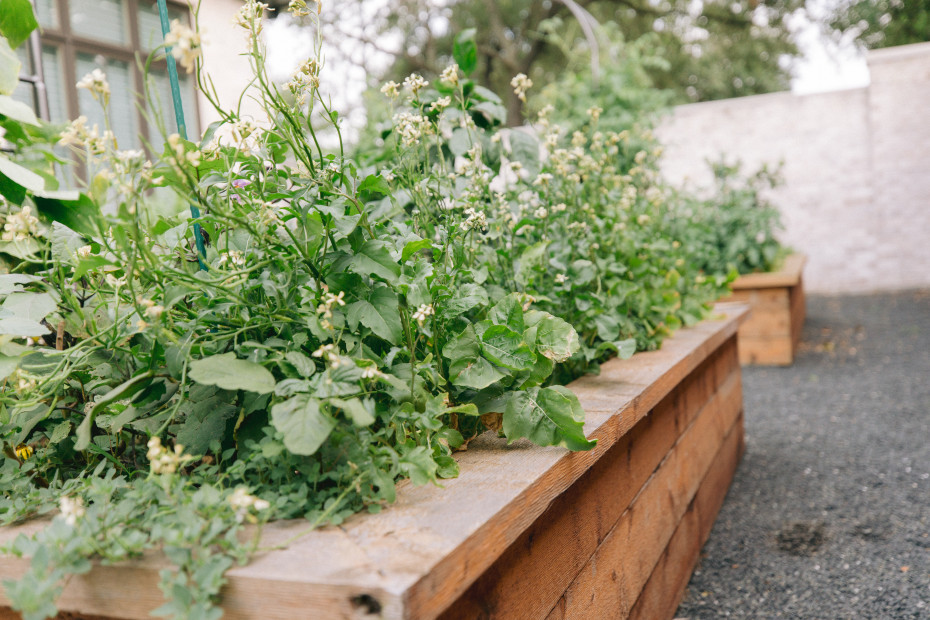 The Smell of Arugula Deters Pests

If you've ever grown arugula, eaten it, or even just smelled it, you know that it has a nutty, peppery flavor and aroma. Many of the typical pests that attack your leafy greens are actually repelled by this unique smell and will steer clear of your salad garden. 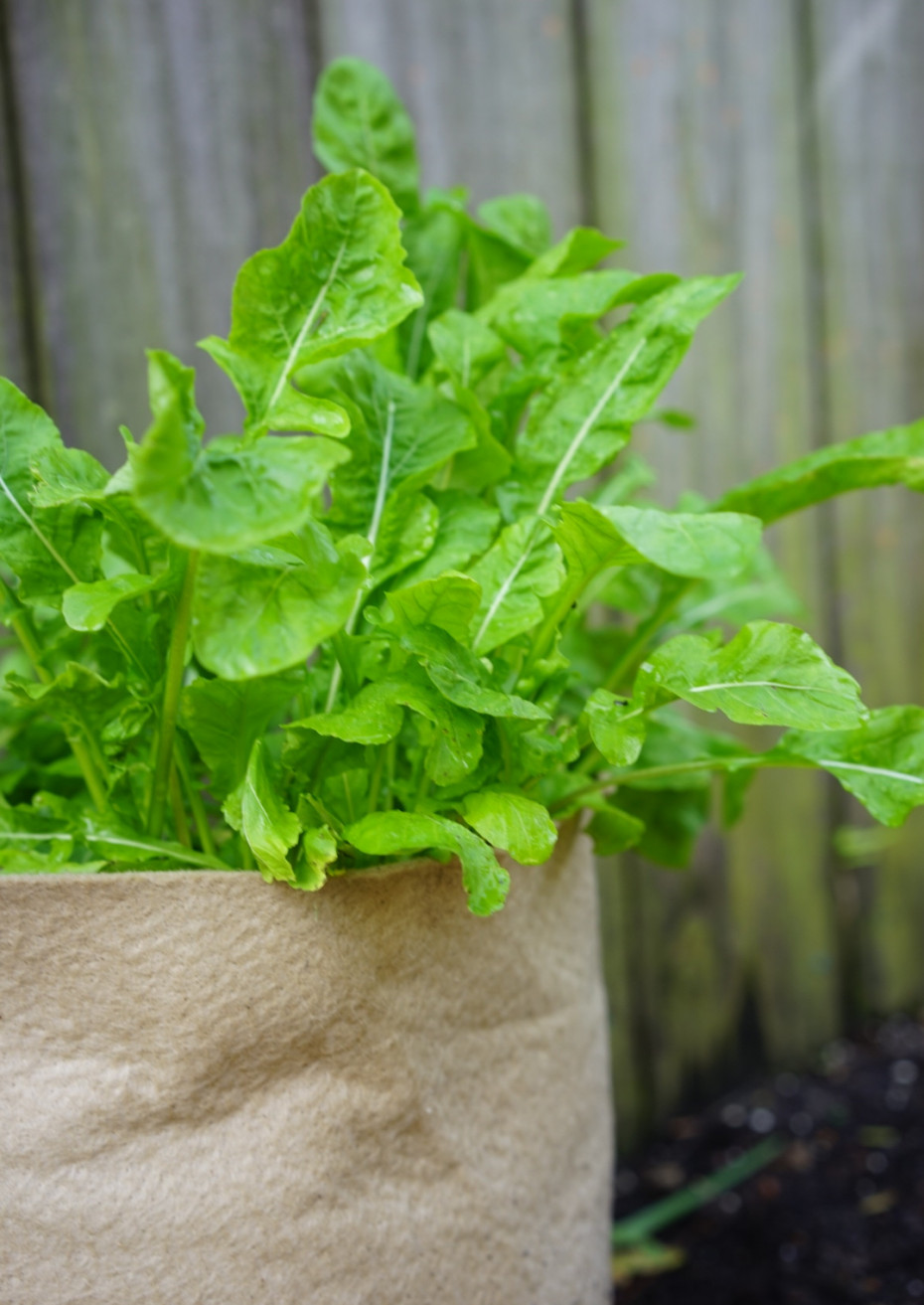 Arugula Has Many Culinary Uses

The popularity of arugula has waxed and waned over the centuries, but Italians went wild for it starting in the 19th century. They started putting it on their pasta, pizza, breads—every amazing dish they're known for. Take a note from the Italians and toss arugula on your meals or soups for some extra spice. In addition to eating arugula fresh, you can also braise it or use the leaves to make pesto.

By the way, it's also because of the Italians that some people, namely the British and Australians, call arugula "rocket" instead. As Italians migrated around the globe and brought their recipes with them, they also brought their regional terms for the plant. Most of the Italians who came to the US came from the southern part of Italy, where arugula is called rucola. Americans turned that into arugula.

The Italians who made their way into England and other parts of Europe used the word ruchetta, which soon became roquette and finally rocket.

So, if you hear people say "rocket", they're probably talking about the same awesome plant. 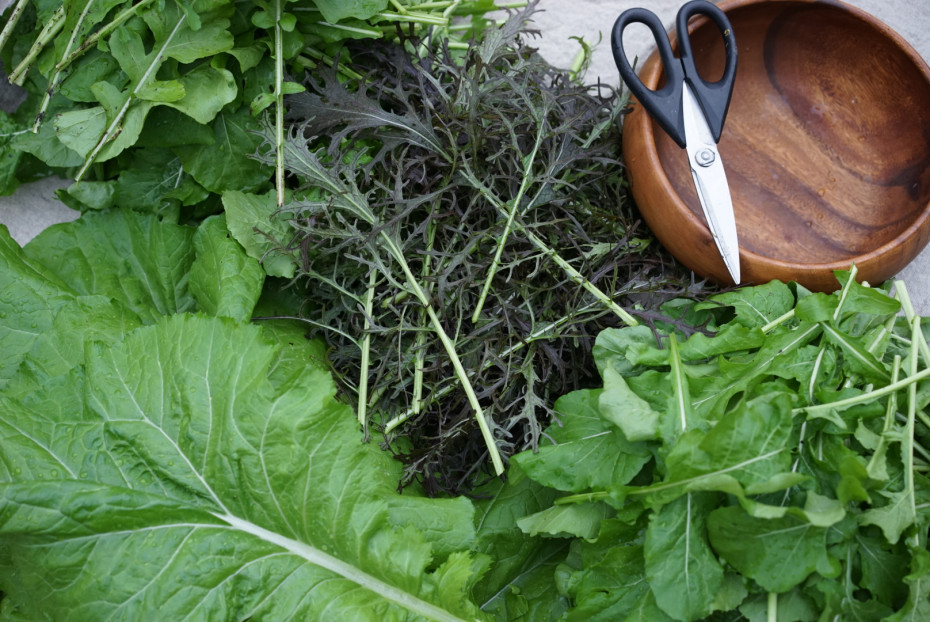 Arugula Has Many Nutritional Benefits

Arugula comes from the Brassica family—the one with all of those dark leafy greens that are super good for you. Kale, broccoli, mustards, cauliflower, brussels sprouts, and radishes are all cousins to arugula, so you know there just has to be a ton of nutrients inside of arugula's peppery leaves. In short: 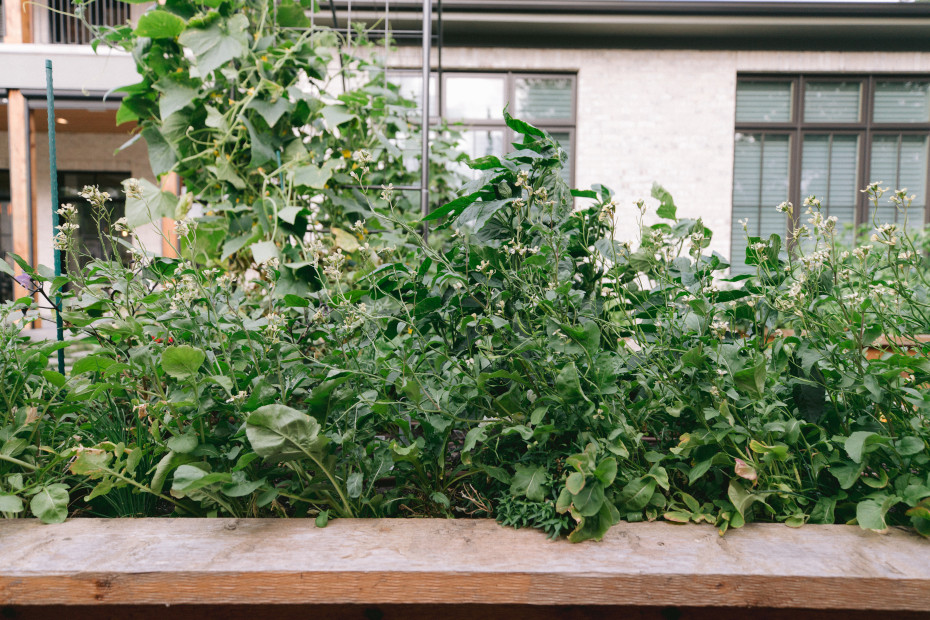 There's a reason that you see so many of the same leafy greens over and over again at the grocery store and never see others. That reason is their shelf life. Greens that wilt quickly are hard to ship to stores and look ugly on shelves, making it unlikely that anyone would buy them.

Arugula is not technically a lettuce. It comes from a different family (lettuces come from the aster family, while arugula comes from the brassica family). However, it shares its tendency to stay fresh for longer with many of the lettuces you see at the store, namely romaine, iceberg, butter crunch, red lettuce, and spring mixed greens. 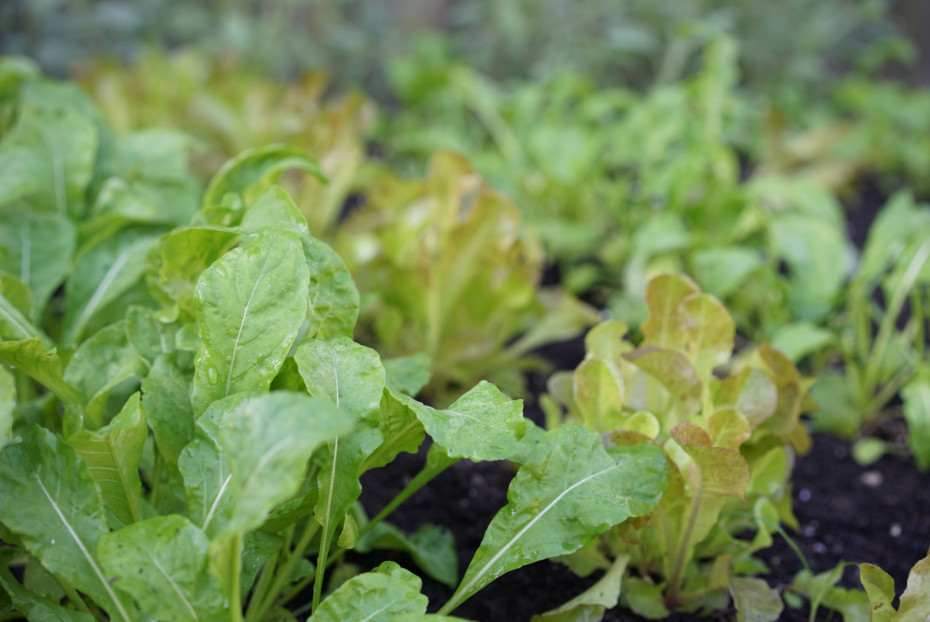 Arugula Is Easy to Plant

I do recommend growing arugula from seed. Why buy a stressed-out plant for $4 from the store when you can buy a package of 200 arugula seeds for $4?

How to plant arugula

Arugula should be planted directly by seed into the garden or container where it will grow. It has a shallow root system, making it the perfect plant to grow in a pot or container only six or so inches deep.

Arugula seeds are round and super tiny, so the hardest thing is just separating them out when planting. If you'd like to have each plant grow to its full maturity, then you'll need to space each teeny tiny seed about four inches from one another in a stagger.

If you'd prefer growing arugula really tightly together and harvesting the leaves when they're smaller, then you can ditch the spacing requirements entirely. In that case, you can sow these tiny seeds by taking a bunch in your hand and rubbing your fingers together to scatter them over the soil.

No matter which planting method you choose, use your hand to rough up the soil a bit after or add a thin layer of compost. You don't even have to worry about digging holes. That's it. You're done.

Water your seeds in well, and you’ll start to see seedlings emerge in six to ten days. 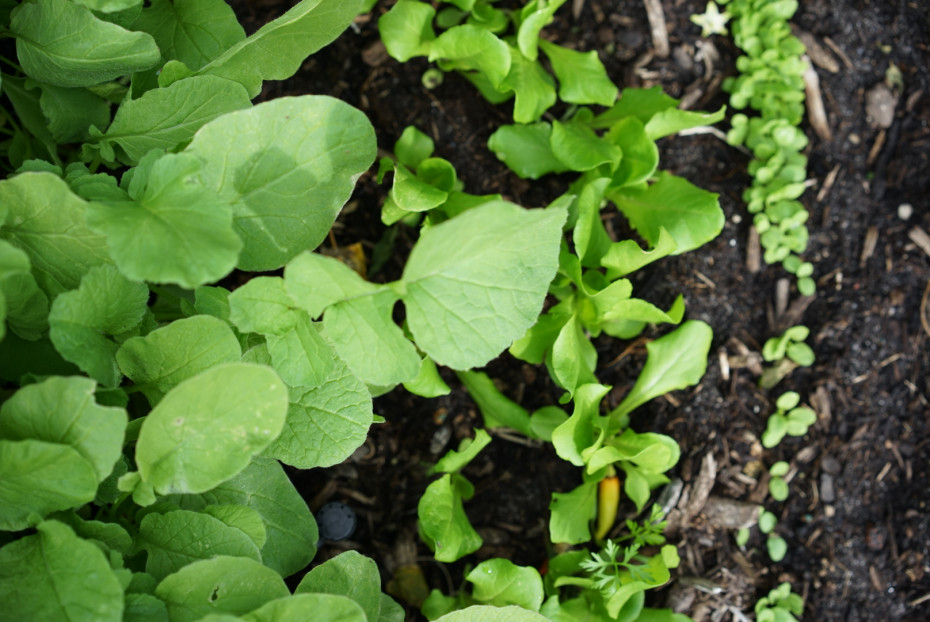 Arugula is really the odd-ball-out in its family. If you grow cauliflower, kale, or broccoli, you're looking at a fairly long time before you can enjoy harvests. With arugula, you're looking at cutting your first leaves in just 30 to 45 days. I used to think arugula was also called "rocket" because of how fast you can grow it. That’s not the reason, but it might as well be because of how fast it is. Here’s what I mean:

Even if you're looking to grow a mature plant, you'll still want to start harvesting sooner rather than later, as most people prefer the taste of arugula leaves when they're only three to four inches in length.

(If you miss your window and harvest leaves that are a little too large, you can still braise them in some grape seed oil or balsamic vinegar and throw them into a sauce pan to wilt. This will take less than a minute, and it’s the perfect thing to throw on top of pasta.) 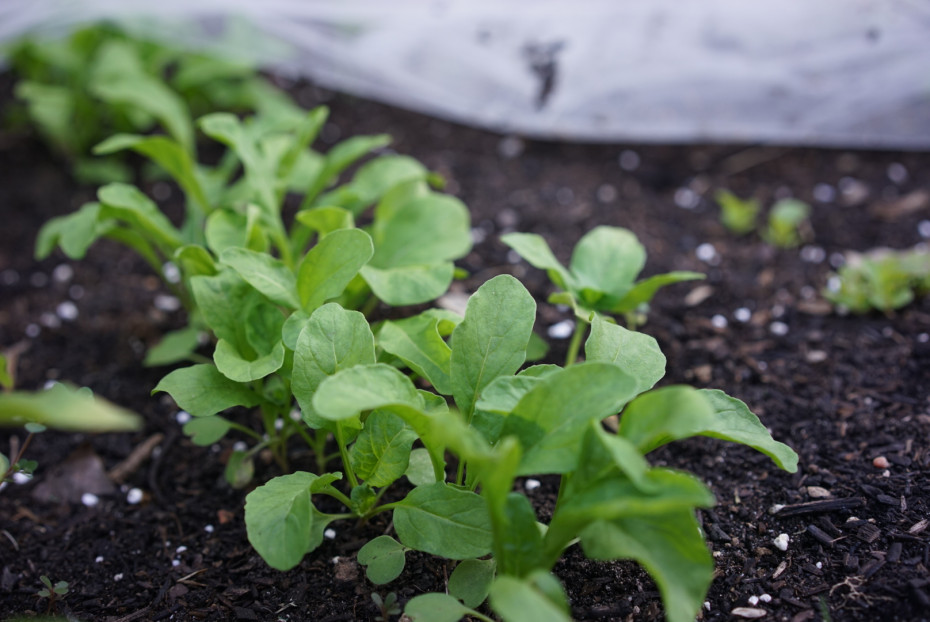 Arugula Doesn't Take Up Much Space in Your Garden

If you grow other plants in the brassica family like kale or broccoli, you're going to have to turn over at least one square foot of your garden to each plant. Arugula, in comparison, is quite small. This easy grower can be planted intensively in your garden, with as many as 9 to 16 plants per square foot, depending on how frequently you plan to harvest the leaves. 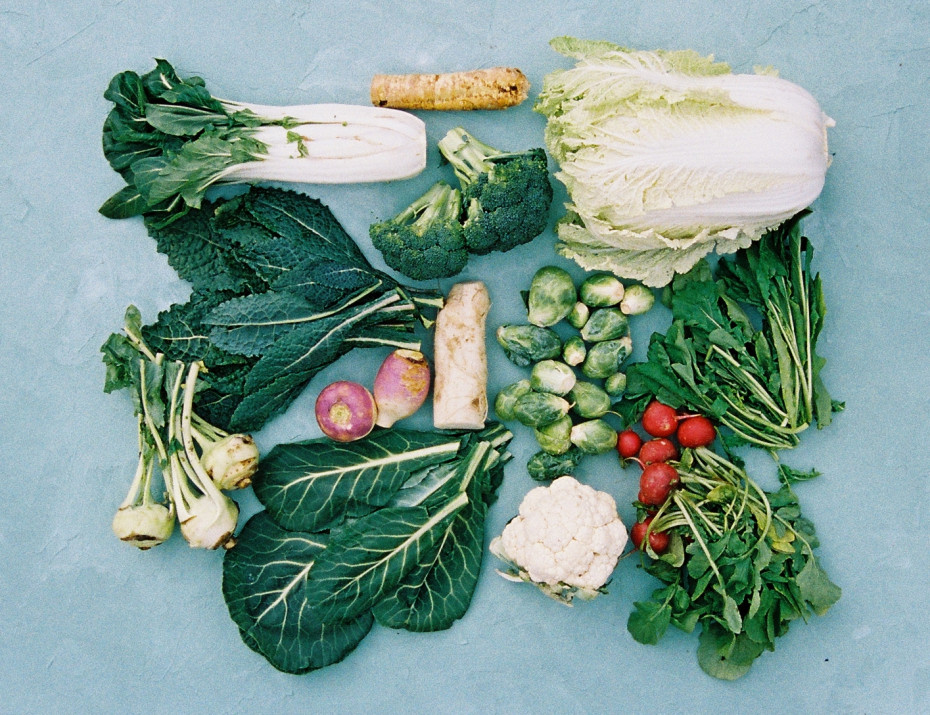 Arugula Leaves Can Be Harvested Many Times

Arugula is a soft-leaved, cut-and-come-again salad green. Like romaine, red lettuces, and spring mixed greens, the leaves are incredibly easy to pick. If you harvest the older, outer leaves and leave the center to keep on growing, you can come back in a couple of weeks and harvest more leaves. 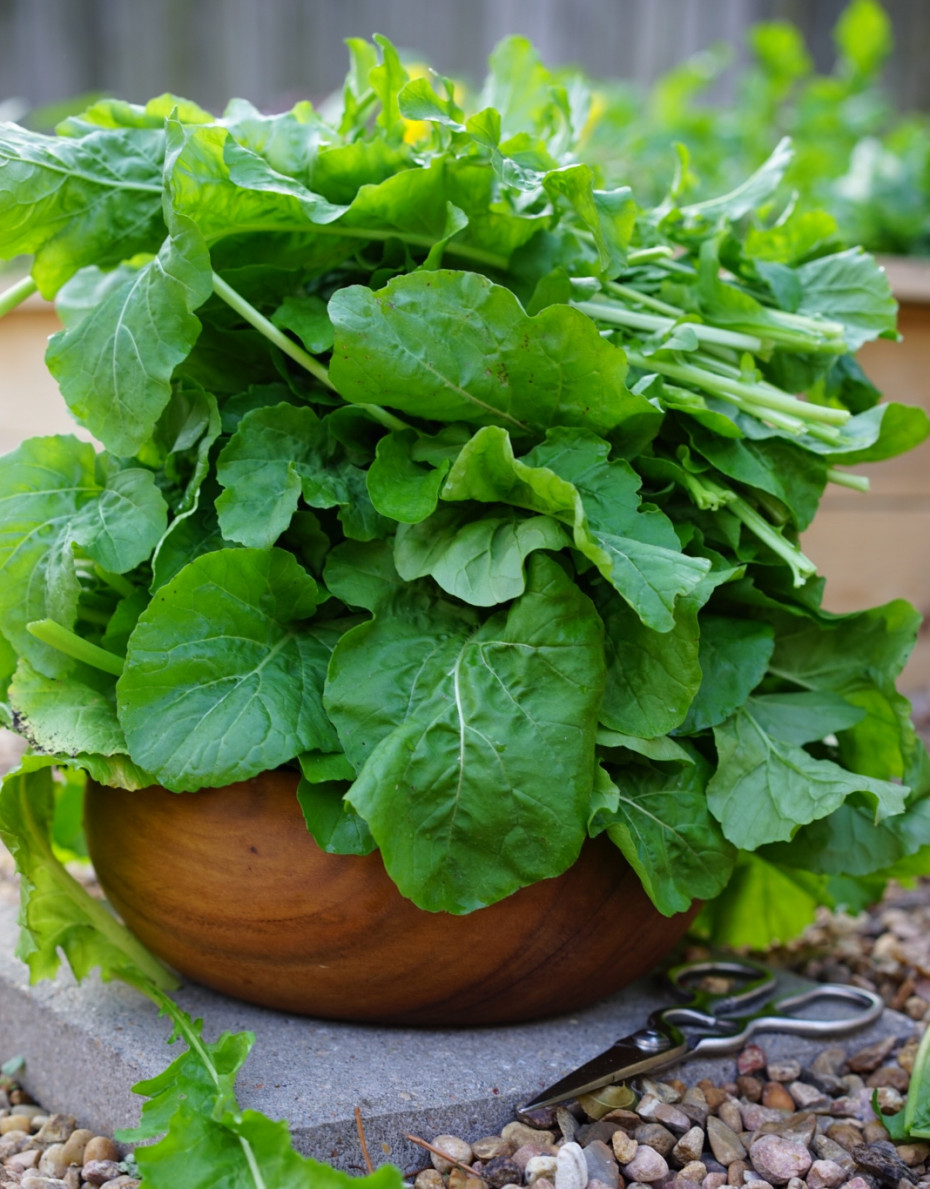 Arugula Can Grow with Just 4 Hours of Sunlight

You'll get better leaf production if you give your arugula plants six or more hours of sunlight per day, but your plant will live and continue to grow on just four hours. If you have a shaded spot of your garden, plant some arugula seeds there so you can still make use of every square foot of growing space.

When you do, email hello@gardenary.com to get a Year-Long Planting Plan.

Arugula, Like So Many Other Products, Can Fall Prey to Food Shortages

There was a nationwide shortage of arugula at the beginning of 2020. The news reported that no one would be getting their arugula fix during the winter, mainly due to unexpectedly cold and wet winter for growers in the southwest.

It’s things like the arugula shortage that really show the weaknesses in our food supply chain (especially here in the US since the beginning of the pandemic). This plant is so easy to grow and can be grown in many parts of the US, so I challenge you to grow a little bit of your own so you always have your arugula fix. 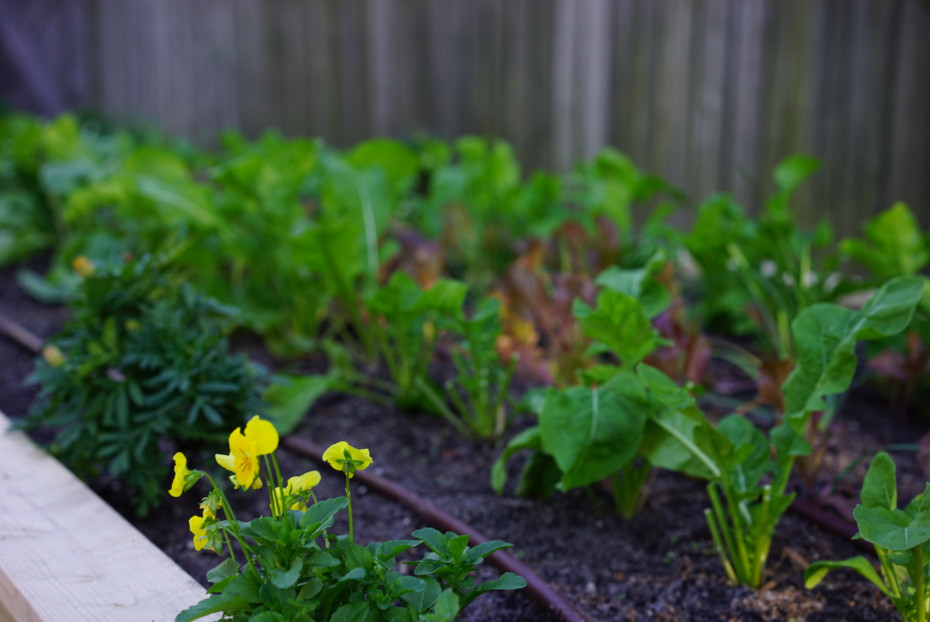 Most arugula is grown in just two places in the US. Actually, almost all of our leafy greens (about 98%) are grown in two places: Salinas Valley, California, and Yumas Valley, Arizona.

What does this mean? Well, pretty much all of your arugula (unless you live in one of those two places) spends most of its life inside a truck and then on a refrigerator shelf. By the time arugula makes its way into your bowl, it doesn't taste nearly as good as it should.

If you haven't enjoyed store-bought arugula leaves, you might still find the flavor of the homegrown stuff delicious. You can even experiment with harvesting times if you think you might enjoy more freshly cut baby leaves. 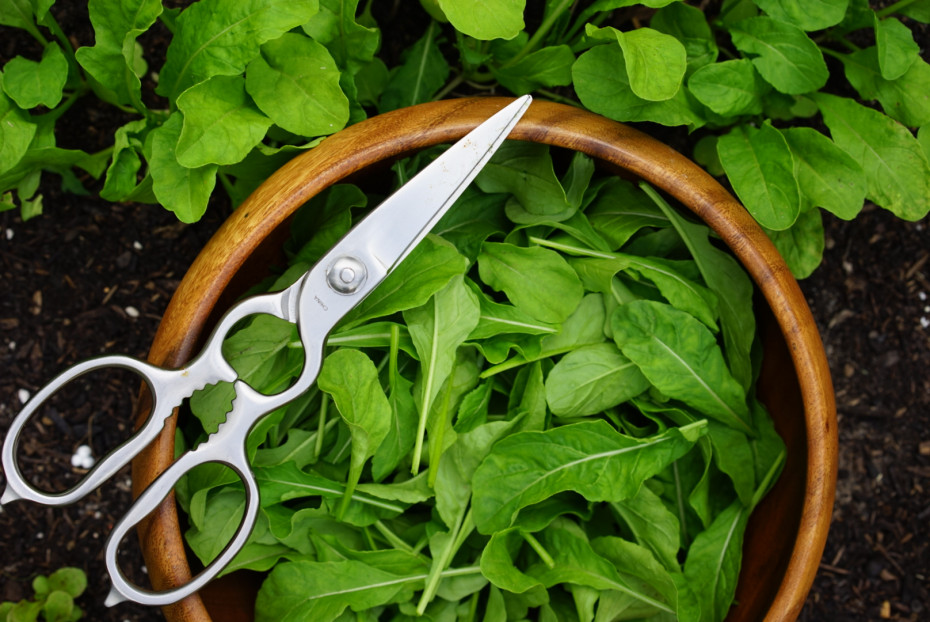 Learn More About GrowingYour Own Salads

Those are my reasons that every one, yes, every single person, should be growing their own arugula.

Watch this short video on how to plant, grow, and harvest your own arugula if you're looking for more guidance.

For more ideas on healthy leaves for your garden, check out my top ten salad greens to grow in the garden.

Thanks for bringing back the kitchen garden with me! 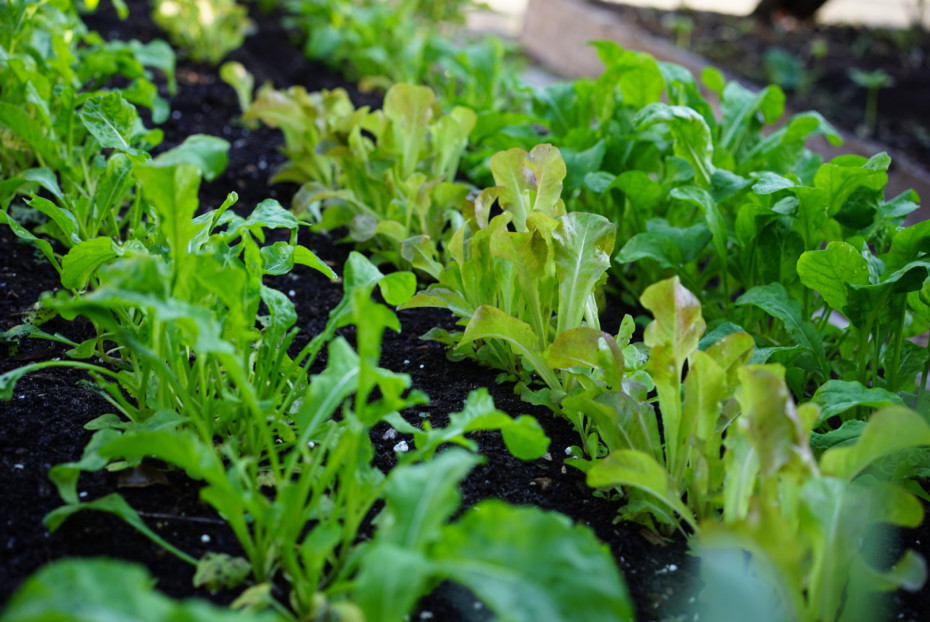 You can learn more about arugula by listening to Episode 20, "Why You Should Have Planted Arugula Yesterday," of the Grow Your Self Podcast. 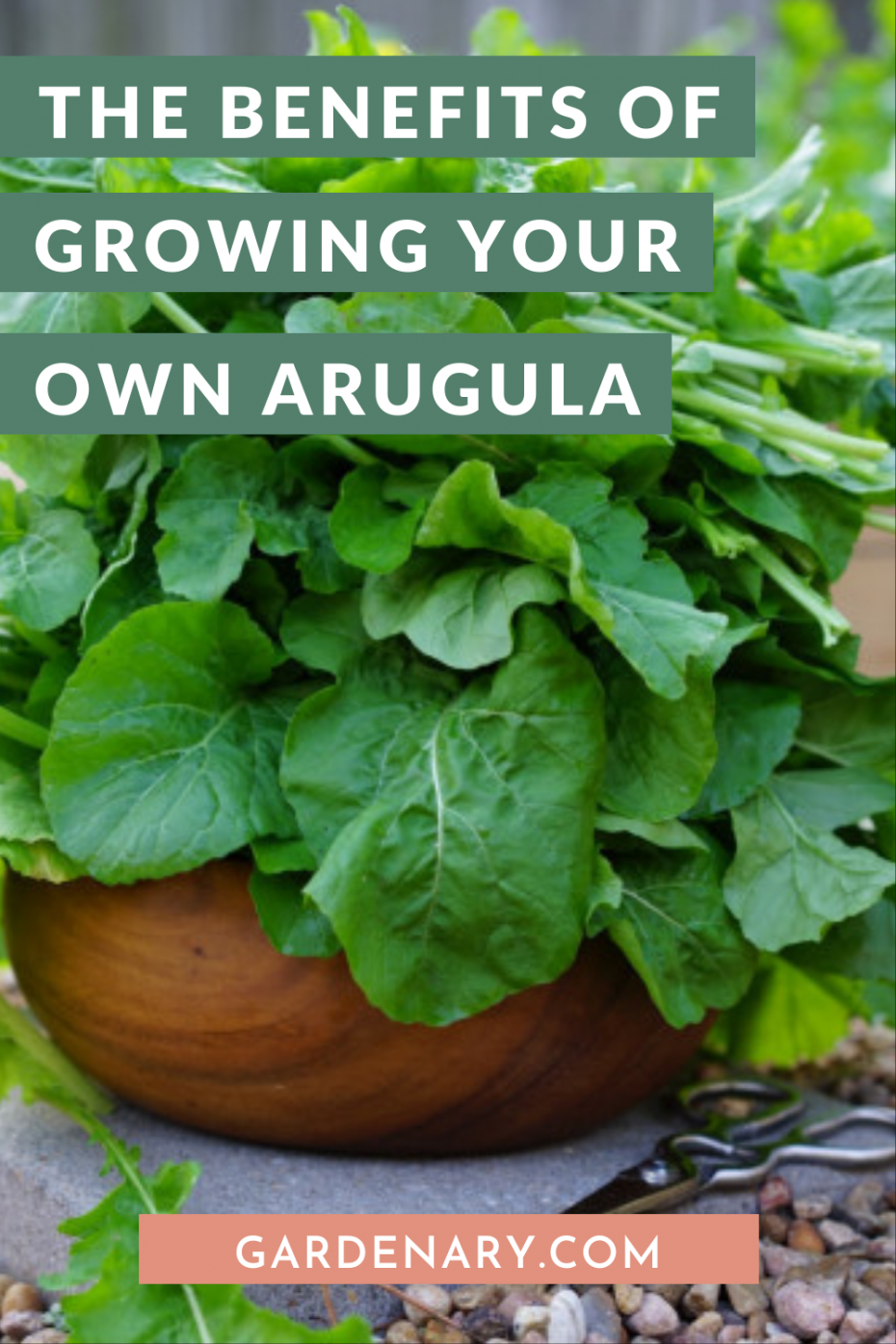