What Is a Formal Potager? 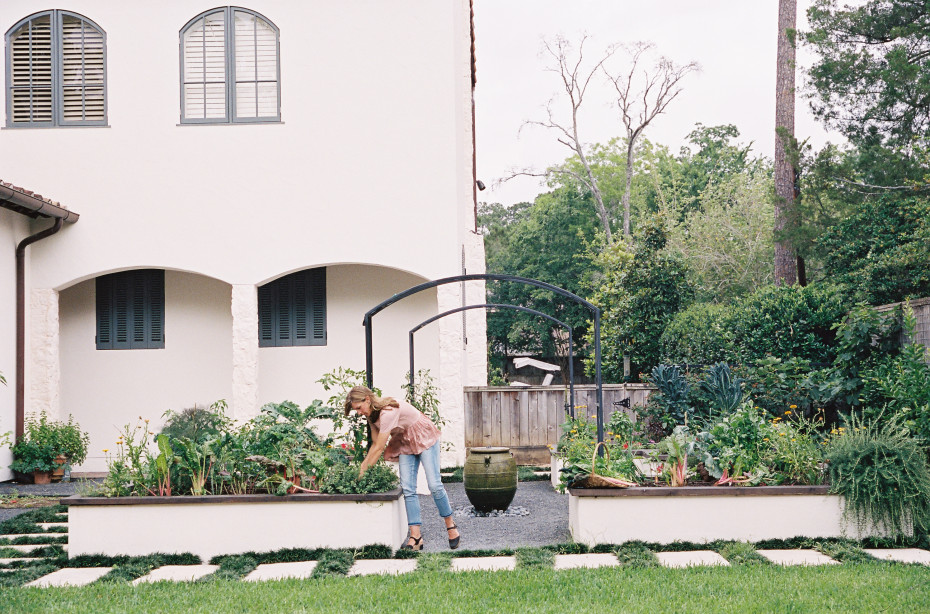 Just like with homes, gardens come in all different styles, sizes, and layouts.

Today, we’re going to focus on the formal potager cuz I’m feeling fancy. (After you look at these pictures, I hope you’re feeling fancy too!) 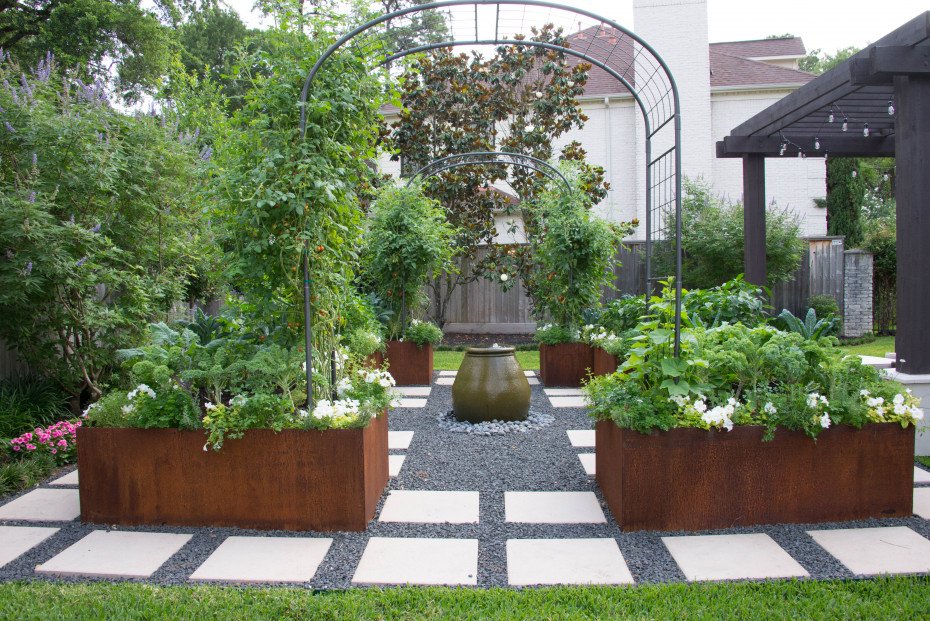 As I wrote in my book, Kitchen Garden Revival, a formal potager is “so large and ornate we had to call in the French language to help us describe” it. Potagers, however, did not begin as large and ornate. In fact, they come from much humbler origins.

The word itself actually evolved from the act of stepping out to the kitchen garden to fetch some fresh herbs for that night's soup, or potage. Potager (pronounced poe-ta-zhay) came to mean vegetable garden in French.

Potagers evolved with the times, transitioning from the simple kitchen garden behind the house to elaborate monastery gardens filled with medicinal herbs and espalier trees. The Renaissance took gardens and turned them into ornately laid-out, intricately patterned things, as it did art and architecture.

The word potager now describes a kitchen garden that's been elevated to the next level of form and function, a garden that goes beyond a few raised beds. We’re talking spaces that include additional features like fountains, fruit trees, seating areas, etc.

Think the highly ornate chateaux parterres like the ones you would see at Versailles but then downsize those to fit in your backyard and suit the style of your home. I like to think of formal potagers as the grand foyers or ballrooms of gardens (except much more relevant to modern life).

If highly ornate is not your thing, that's okay too. The potager layout can be as informal and relaxed as you want. 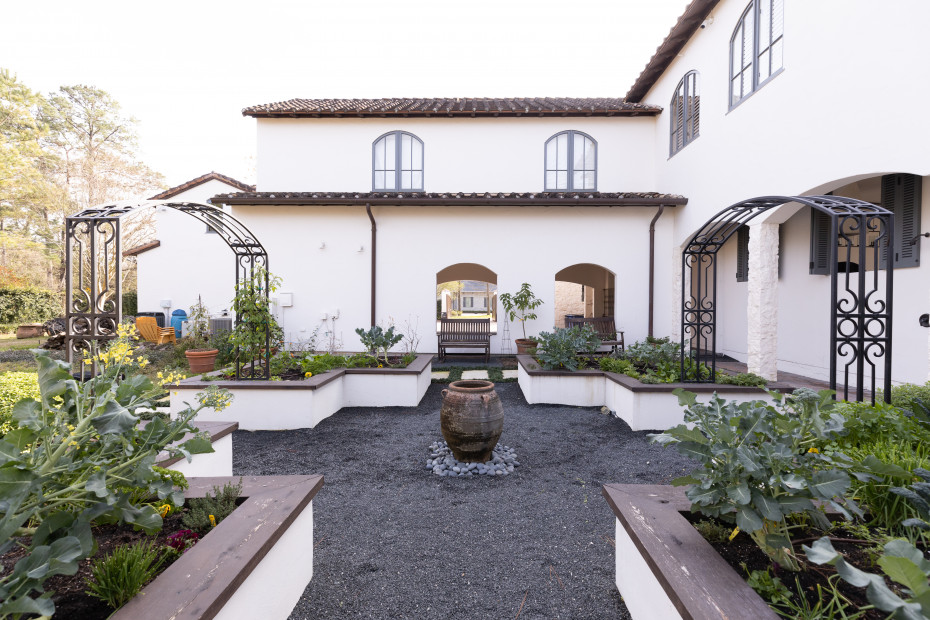 A common theme in potager layouts is symmetry. You'll typically see raised beds arranged in a grid-style with designated pathways in between.

The formal potagers I’ve designed with Rooted Garden are often four L-shaped raised beds around a central focal point, and the effect that’s created feels like you’re inside a maze or a special enclosure. Potagers can make even large outdoor spaces feel intimate.

We design all of our garden using raised beds, but potagers also leave a lot of space for creative groupings of containers, oversized pots, statues, and more. 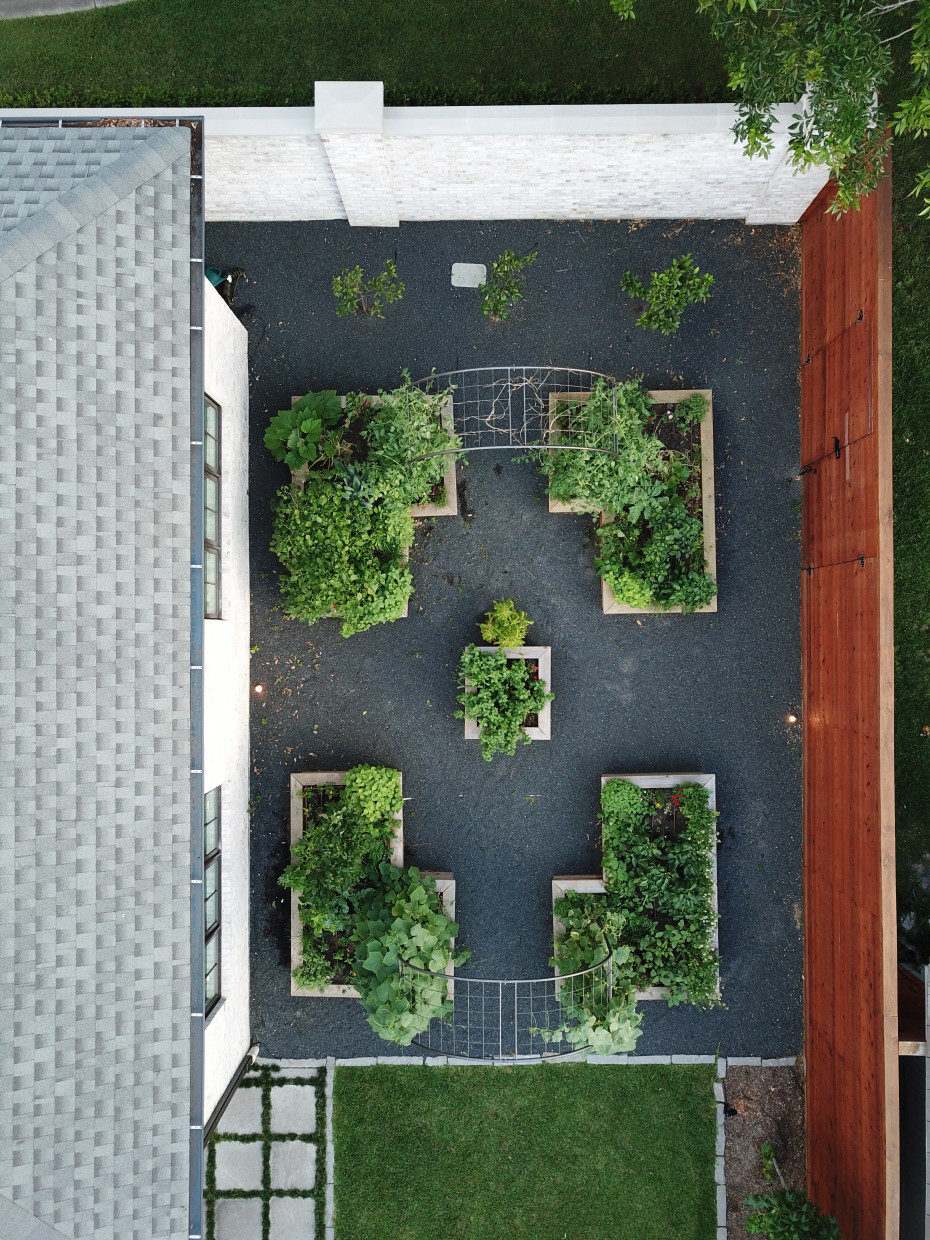 Tips to Design Your Own Formal Potager Garden

If you’ve got space in your landscape (an area that’s more than 20 feet wide and long), you have the opportunity to have something really special, budget and gardening time allowing, of course, with a formal potager. Think of all the good stuff you could harvest from four or more raised beds.

Thanks to the use of gravel paths in formal potagers, the eye is typically drawn to the middle of the garden. Add a sculpture, a fruit tree growing in its own raised bed or large container, an obelisk trellis covered in vines, a seating area, or a fountain to this central area to tie the entire space together. 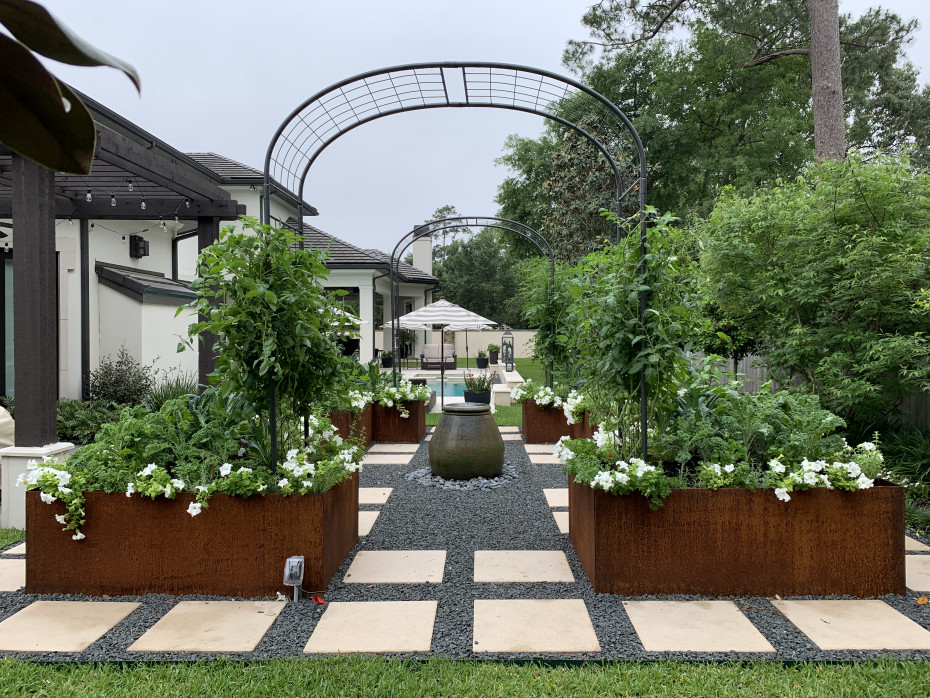 Raised beds in the potager layout are typically accessible from multiple sides. If you can tend each bed from all sides, you could go as wide as four to five feet with each raised bed. Anything beyond five feet, however, would make it difficult to tend and harvest from plants the middle of the bed.

If you can only tend from one side (say, for example, one side of your potager would need to back up against a fence or wall), I’d recommend staying under two and a half feet, which is probably about as far as your arm can reach. 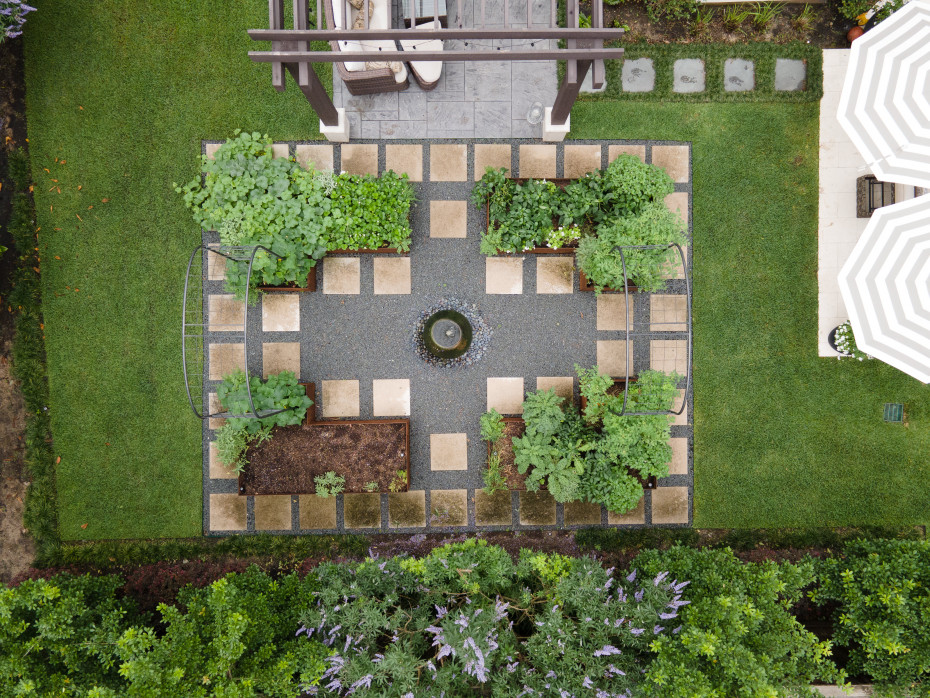 Garden design means using more than just the horizontal space available in your yard. Building height is incredibly important too, not just for adding vertical interest but also for maximizing your growing space. Nothing accomplishes this quite like the right arch, obelisk, or panel trellis. When designing potagers, I love to connect two beds with an arch trellis spanning the opening. Few things are more beautiful than an arch trellis covered in tomato vines or another climbing plant. (Explore our complete list of what to grow up garden trellises.) 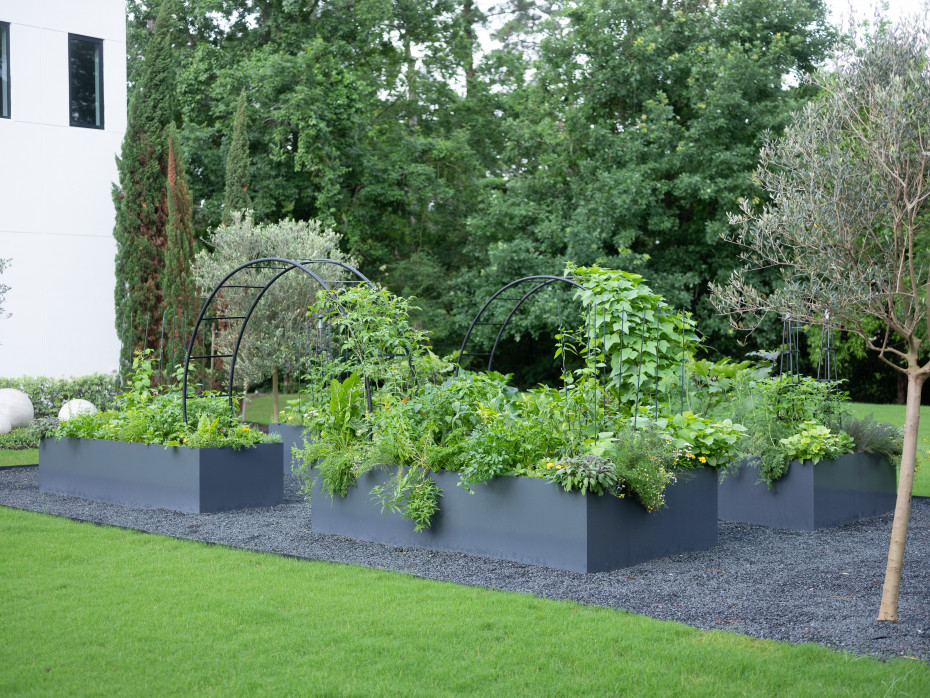 You'll often see repeating themes in traditional potagers. An easy way to create a theme in your own space is through use of colors. Plant swiss chard varieties like Bright Lights that will have jewel-toned stems that match the flowers you plant in the corners of each raised bed. Or grow some French marigolds to match the citrus fruit forming in the large pot in the middle of your potager. 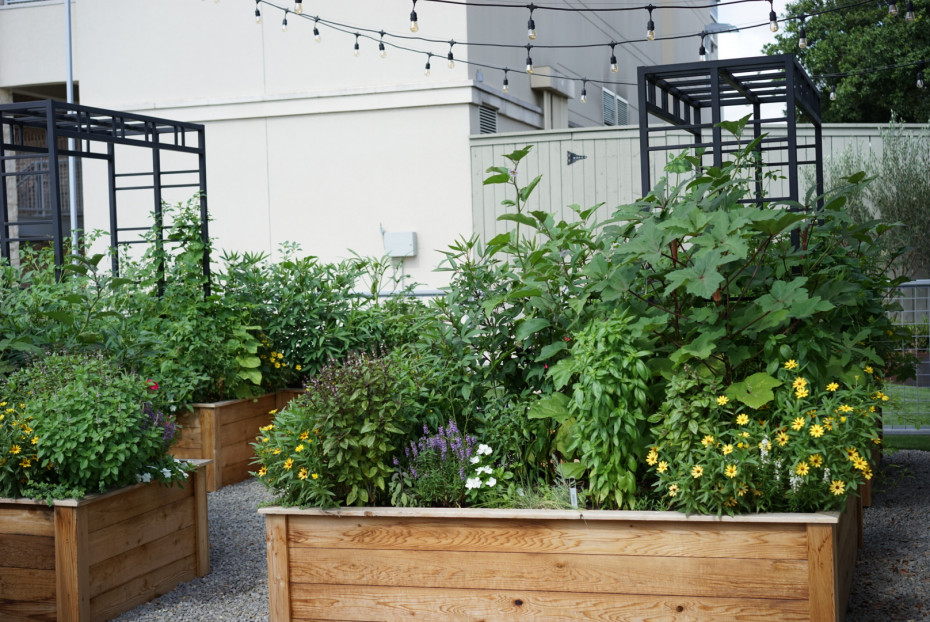 Play up a natural boundary

Historical kitchen gardens were often enclosed to protect the plants growing inside (and perhaps the gardener themself while they were busy tending). Because of this, potagers became private places where the gardener could contemplate and find peace. Create your own little enclosure by adding a wall, privacy fence, or a hedge along a border of your potager if you don't already have one. Espalier trees can be trained along a fence, and bonus: they're edible! 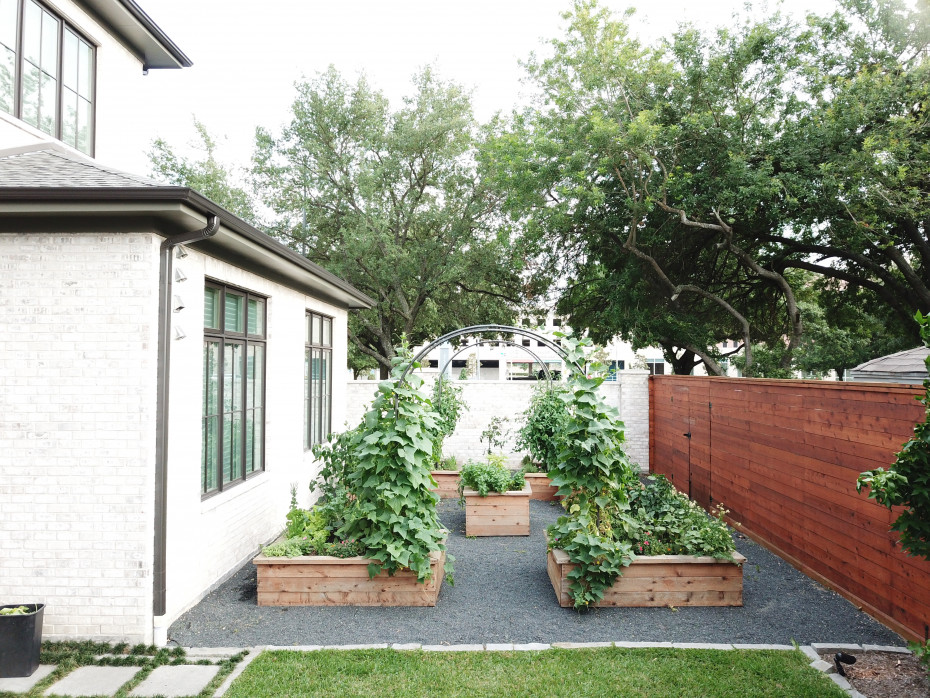 Potager Garden Design Help Is Just a Click Away

If the design of such a large structure from scratch seems daunting, we have Gardenary-certified kitchen garden designers who can take a look at your space, wherever you are, and help you design, plan, and plant your very own potager.

Check out the two designs recently created by our fantastic team of designers for clients below. 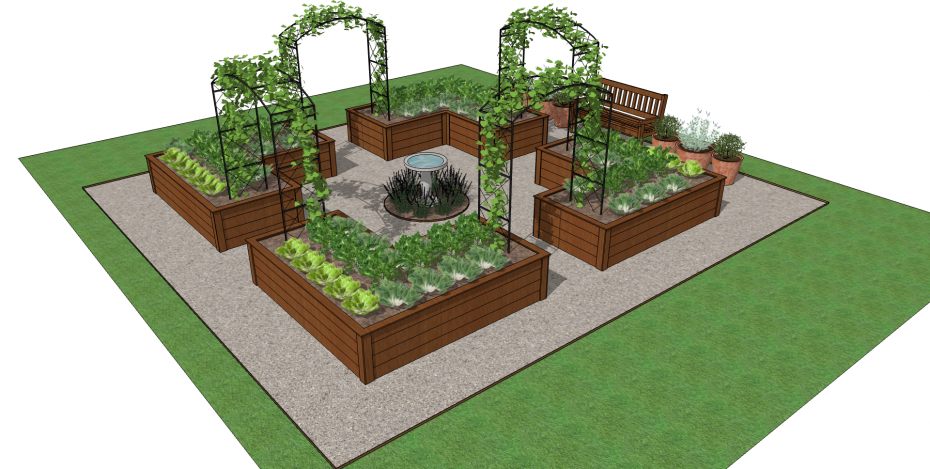 This design uses a bird bath surrounded by plants as the focal point. I love how the wooden benches are bordered by matching sets of terracotta pots. These pots are ideal for growing herbs like mint that you wouldn't put in your raised beds.

The designer has created entryways on each side of the garden using four of our Paris arch trellises to great effect. 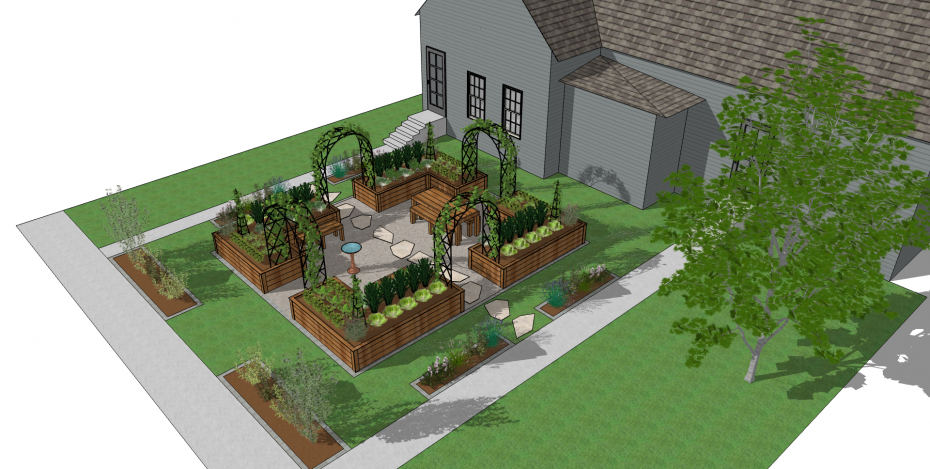 The flagstone path in the above design helps separate the garden into two symmetrical halves, one half featuring a birdbath and the other an al fresco dining area. The designer paired four traditional diamond rounded trellises over each entrance with four tower obelisks in each corner to maximize vertical growing space. We can't wait to see those trellises draped with lush vines!

We've got lots of resources here at Gardenary to help you create a space where you can grow and flourish. Thanks for helping us bring back the kitchen garden, whether you're gardening from a small herb garden or a grand potager! 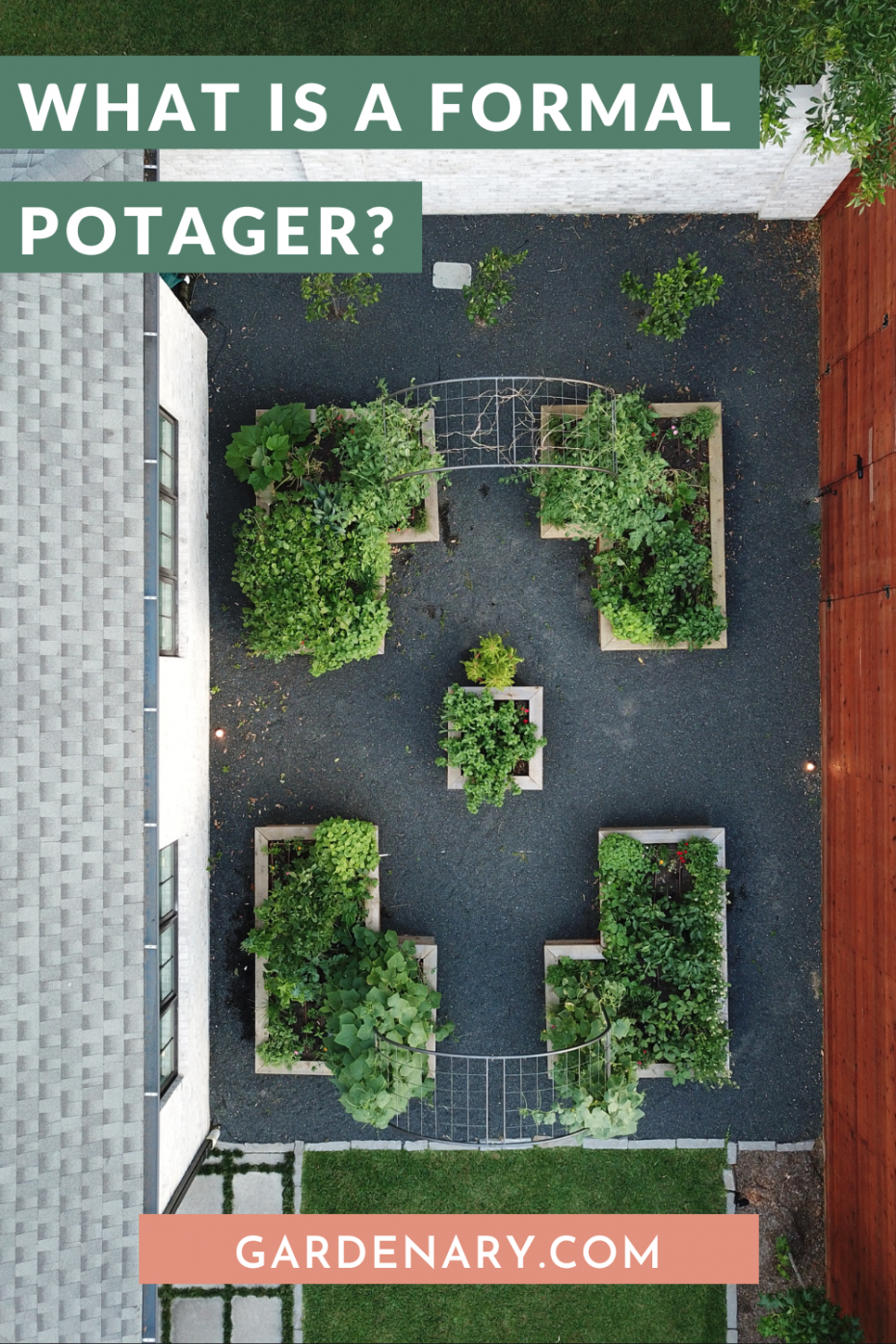