How to Grow Cilantro From Seed

Filed Under:
cilantro
seeds
herb garden
herbs
herbs you can start from seed 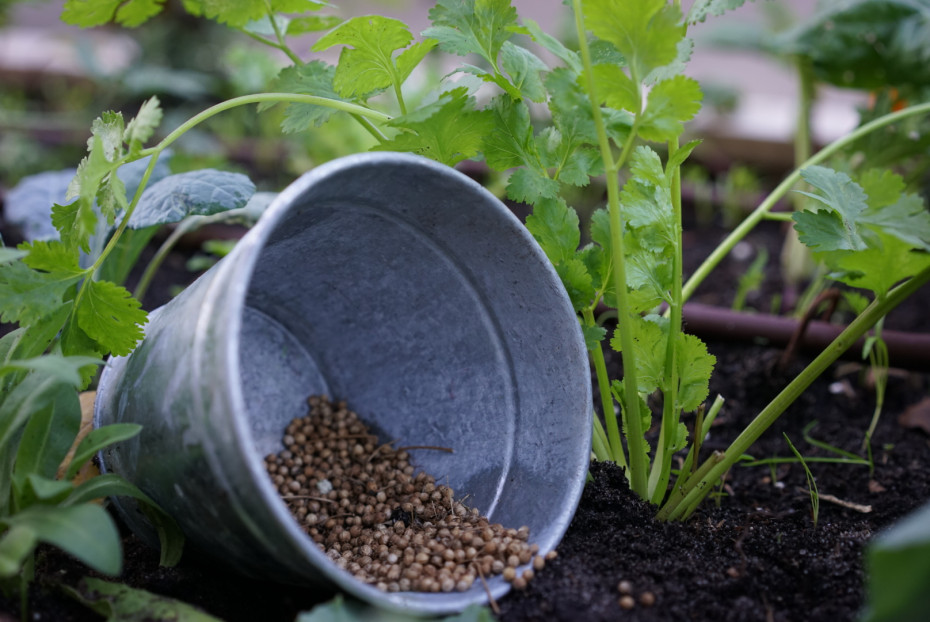 Grow Your Own Cilantro

Cilantro is one of my favorite plants to grow in my kitchen garden, but it can be a little tricky to keep happy.

This annual herb is prone to bolt, or go to seed, which means the plant loses that lemony, peppery flavor that so many of us love. But don't worry—when your plant nears the end of its life cycle, you get coriander, which is another delicious thing to harvest from your kitchen garden. You really can't go wrong with cilantro!

Here's your guide to planting and growing cilantro from seed to keep your plants happy and healthy for as long as possible. 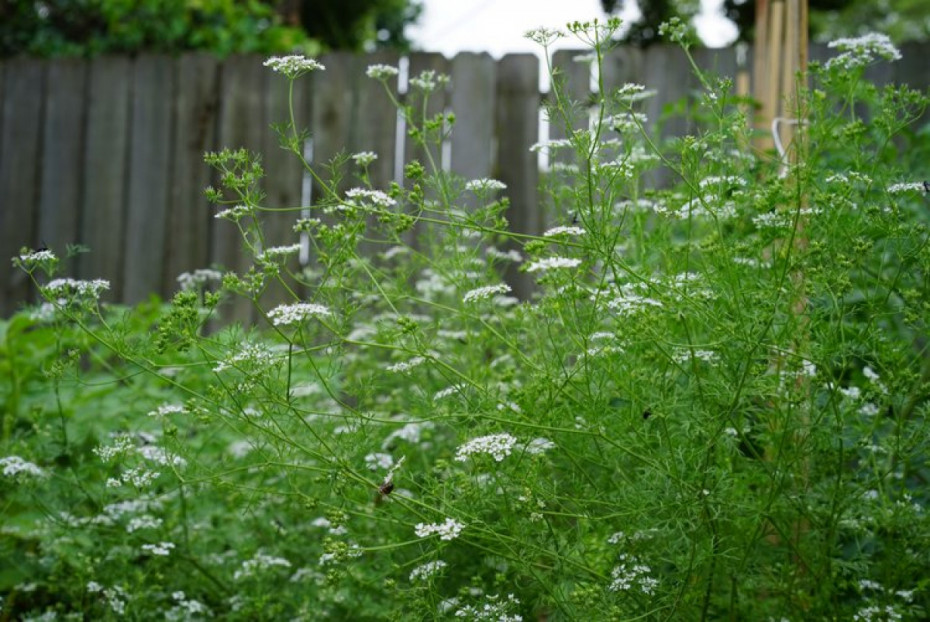 Keep these things in mind to grow healthy and productive cilantro plants in your herb garden.

Cilantro is a member of the Apiaceae plant family, which includes carrots, celery, dill, fennel, and parsley, and these guys love cooler weather. If you live somewhere with a cold winter, you'll start growing your cilantro in the spring as soon as the threat of frost has passed. For those of you who live in a warmer climate, you'll actually grow your cilantro over the winter during your cool season.

If the weather becomes too warm, your cilantro will likely bolt, meaning it'll produce a thick central stem and tiny flowers in preparation for seed production. The leaves will change shape and taste totally different, so your goal is to prevent your plant from bolting as long as possible by growing it under its preferred conditions.

Cilantro seeds should be sown directly in the ground

Plants in the Apiaceae family don't like being moved around or disrupted. Cilantro plants sown directly in the garden tend to thrive for longer than those purchased from the store as starter plants and then transplanted into the garden. 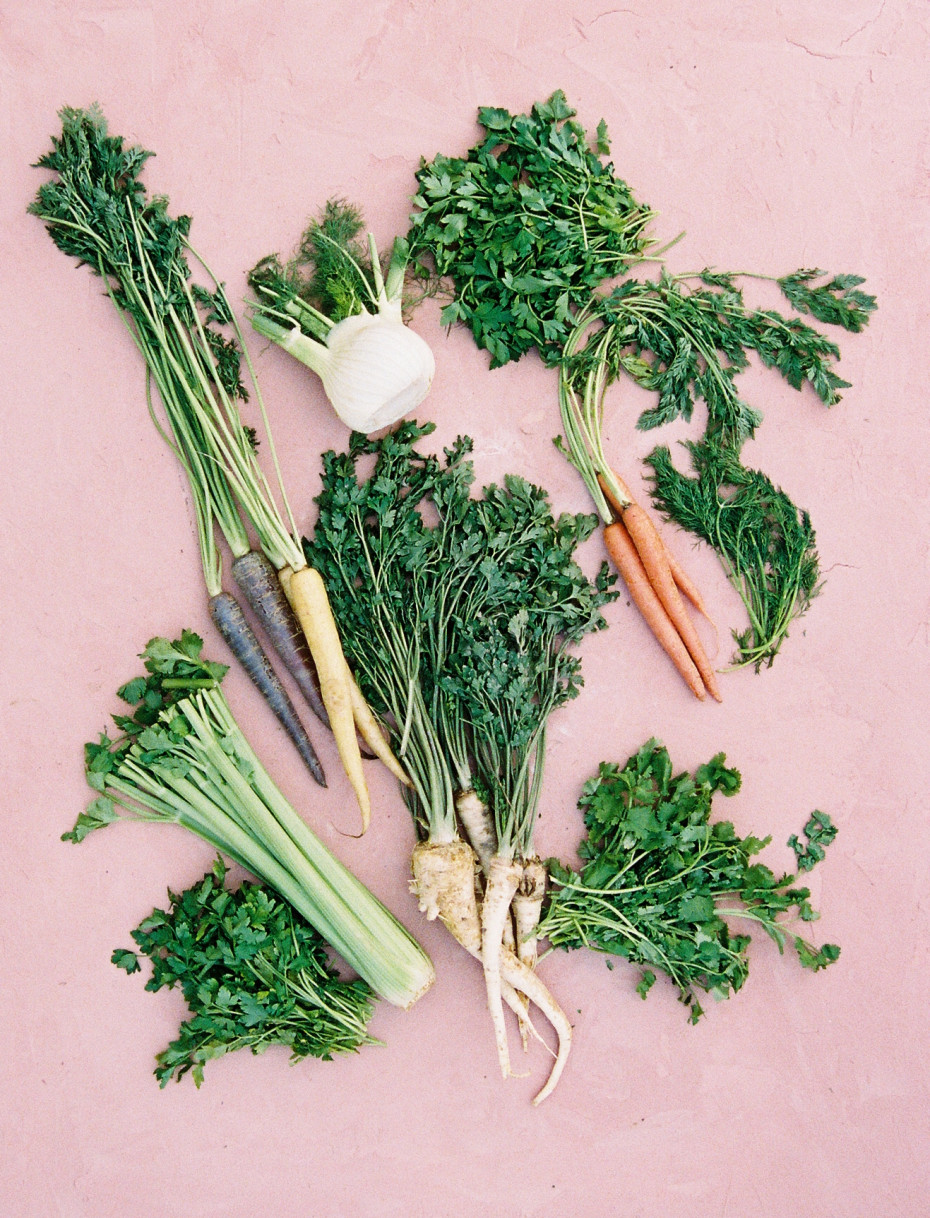 Water is what tells the cilantro seed it's time to wake up from its dormancy and begin growing. After you've planted your cilantro seeds, keep the soil area moist but not drenched.

Once your seeds have sprouted, continue regularly watering. Herbs like cilantro require about one inch of water per week.

Cilantro seeds need to be spread out to grow

Either take some time when you're sowing your seeds to space each seed about six inches apart, or go back in and thin your seedlings once they've started growing. The goal is to make sure each plant has room to develop healthy leaves and get good air flow. Fortunately, cilantro seeds (coriander) are large and easy to place.

If you're worried about the weather getting warmer when you're planting cilantro by seed, add some taller plants next to your cilantro. These larger plants will provide some shade and prevent the soil around your herbs from getting warm too quickly. You can buy yourself a couple extra weeks of cilantro-growing bliss with this simple form of natural sun protection. 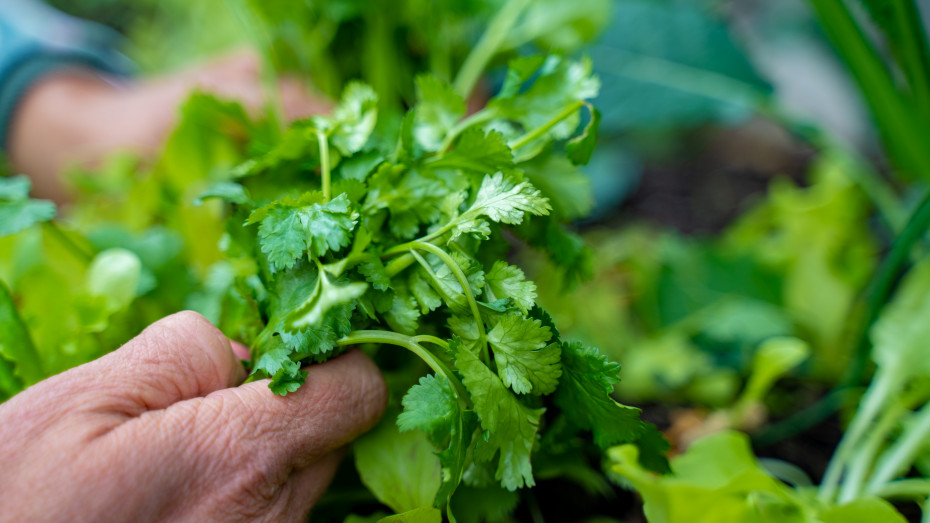 Compost will guarantee your herbs have all the nutrients they need to produce plenty of nice big leaves for you to harvest and enjoy. Before sowing your cilantro seeds, add a thin layer of compost to the top of your herb garden soil.

As the temperature rises, cilantro is prone to bolting. This is when your plant grows taller and produces a thick central stem and tiny flower heads in preparation for seed production. While beneficial insects love cilantro flowers, the leaves will change shape and lose a lot of their flavor. Follow these practical tips to prevent your cilantro from bolting for as long as possible.

When shopping for seeds, look for slow bolt or long-standing varieties, which have been bred to last longer in the garden before going to seed. As always, prioritize organic and locally sourced seeds when possible. These seeds will be better accustomed to growing in your climate.

Based on Gardenary's Introductory Gardening Online Course, Herb Garden Guide, this comprehensive guidebook will lead you through the step by step so that you know exactly how to grow a 6-month supply of all the culinary herbs you love right in your very own space. 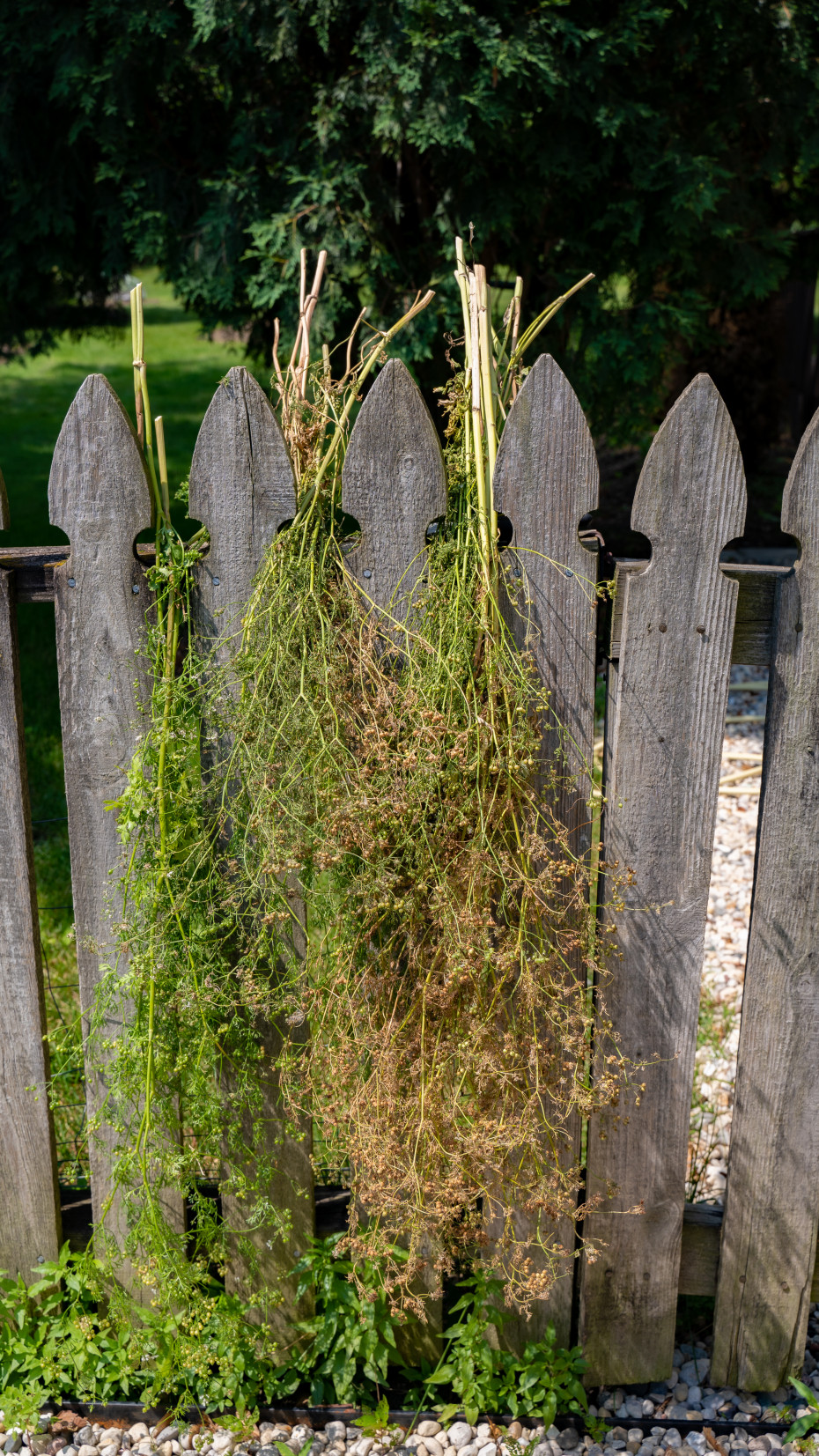 Are cilantro and coriander the same thing?

If you're not a fan of the taste of cilantro leaves, this plant still has many benefits for your garden space, including the fact that pollinators love its delicate flowers. Try growing cilantro for the seeds, which might be more to your liking. Here's how to harvest and save your own coriander seeds (pictured above are coriander seeds drying out before being saved).

Take our fun and fast Green Thumb Quiz to learn which plants are best for you to try your hand at growing in the kitchen garden. We'll send you resources and helpful tips to help you grow everything from microgreens to your own intensively planted and thriving kitchen garden.

How to Grow Cilantro Microgreens

Cilantro is one of my favorite varieties of microgreens to grow at home. You can get the same delicious flavor of cilantro but in a fourth of the time it would take to grow a mature plant from seed.

Find your step-by-step garden-to-table guide to growing your own microgreens, including the supplies you'll need, here. 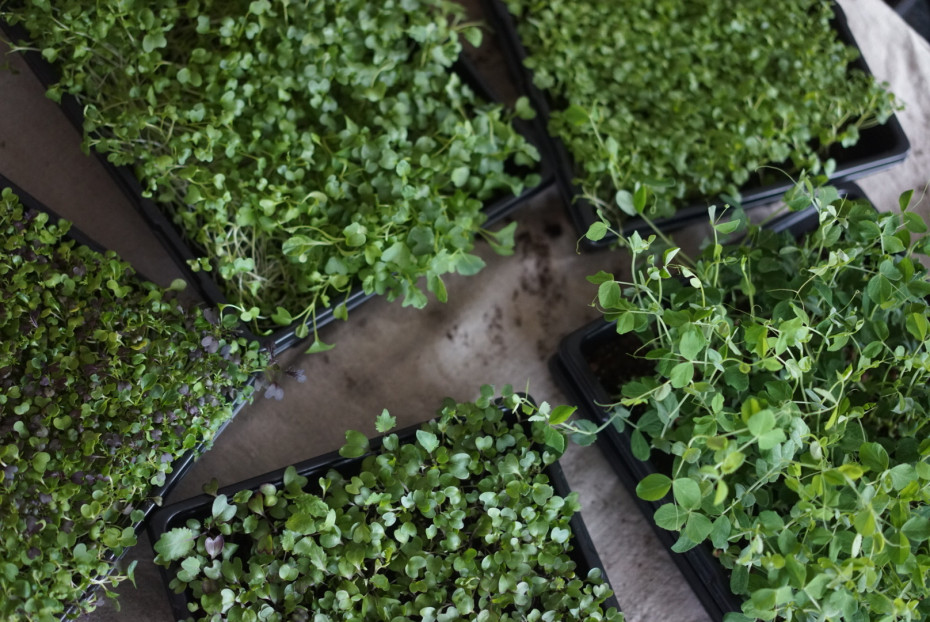 For more tips on caring for herbs in your garden, start our Herb Garden Guide course, which can be found inside your Gardenary 365 membership.

want further tips on how to plant and care for your favorite herbs?

Start your first month of Gardenary 365, our membership program, and gain access to our complete Gardenary course library, including our popular Herb Garden Guide. You'll learn how to grow a year-round supply of your own delicious, organic herbs. 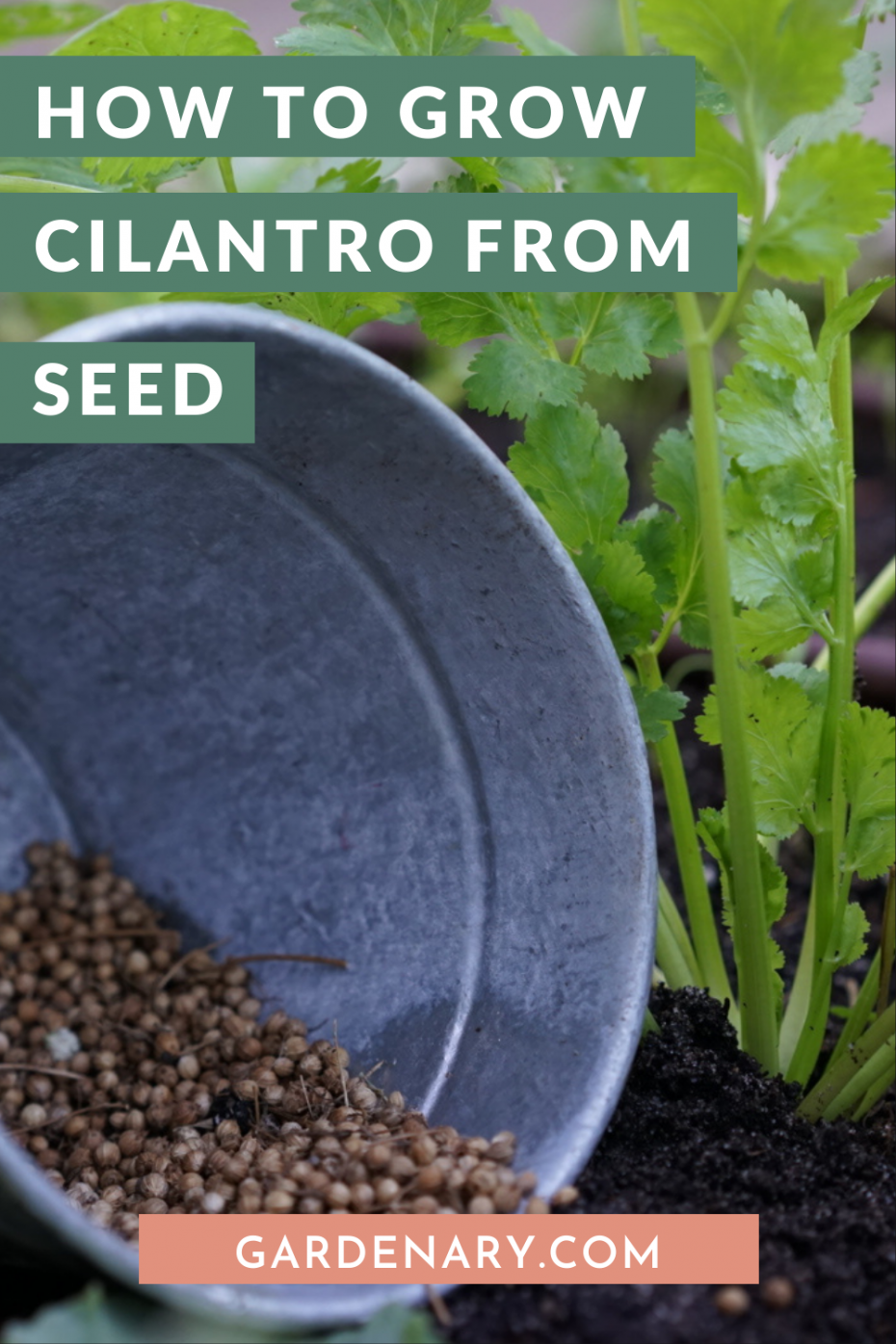